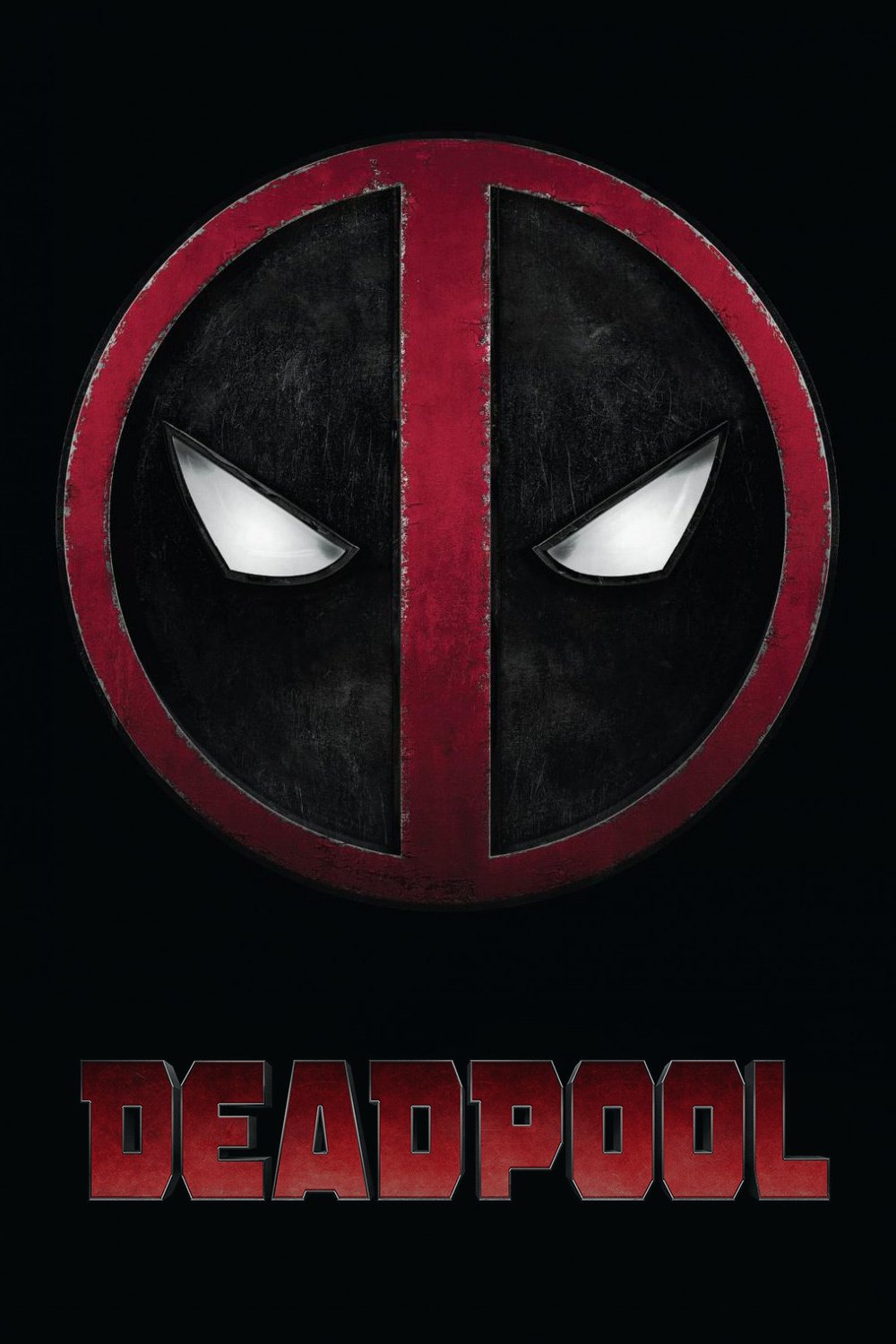 Oh, hey, there.  Thanks for clicking.  I admit, the headline is a little over-the-top.  The Deadpool we got in the film isn’t entirely unfaithful.  As I said in my original thoughts on the film (riiiiiiiight here), the characterization is pretty much dead-on.  And his origin is pretty close, too.  But, as an adaptation of the comic material, it’s about as far off as any comic adaptation to come along.

Before I get any further into this, I’m not criticizing the film.  It mostly works and is superbly entertaining.  The changes hurt the film in no discernable, palpable way.  As of this writing, it made an estimated $47.5 million on its opening day (a record for an R-rated film) and is on the way to an estimated $135 million opening weekend (also an R-rated record).  It’s a critical, financial, and artistic success.  What I’m here to talk about is how many comic fans not only could have very well shot themselves in the foot by making demands on the content of the movie but also exposed themselves as hypocrites along the way.

When Deadpool was officially announced after some “leaked” test footage of the previously-abandoned project got the movie world buzzing, everyone cheered.  Finally, we were going to see the real Deadpool, the Deadpool we wanted and always loved, and not be stuck solely with the memory of the abomination that appeared in X-Men Origins: Wolverine.  Imaginations started running wild with possibilities.  It was almost a can’t-miss!  The humor!  The action!  The uniqueness!  Oh, and also, it had to be rated R!

Suddenly, so-called comic “fans” demanded that the film be R-rated in order to be faithful to the comic and character as he’s been presented over the years.  And these people were full of themselves in proclaiming this demand, as well.  Saying that, if anyone disagreed, they obviously didn’t read comics (“Sick burn,” as the Tenderloins would say.).  “Trust us, it’s the only way it will work.  We’re the experts here.”

Except they clearly weren’t the experts on anything.  To this very day, I’m not sure where anyone got the idea that Deadpool absolutely needed to be rated R.  There were two DEADPOOL MAX series that were for adults.  They only lasted a total of twelve issues, weren’t even counted as canon, and many fans didn’t even like them (I liked them better upon a second read).  Outside of that, there was no precedent for an R-rated Deadpool film.  There are essentially three core components that can lead to an R rating: sex, violence, and language/dialogue.  Let’s look at them, individually.  There will be slight spoilers for the film, here.

So, where does this get us?  It gets us to the conclusion that a potential Deadpool film could be R-rated based on the comics and, if so, in an effort to be truly faithful to the source material, that R-rating would stem from the violence.  But the violence in the film was relatively muted.  As stated above, just a few seconds less and it would have passed cable TV standards.  It’s clear that the violence didn’t help the rating but it also wasn’t what the filmmakers had in mind when they aimed for the rating.  The R-rating almost entirely comes from the sexual themes and the language.  And this is in direct contradiction to the character and his mainstream comics.

So, what happened?  Why were people demanding an R-rated Deadpool?  I even saw a meme, last week, that chastised parents who were potentially going to take their kids to the film because they were “uneducated” for not knowing that Deadpool has “historically been presented as an R-rated character”.  Has he?  Not verbally or sexually, that’s for sure.  What about through violence?  Nobody was demanding that the new SPIDER-MAN/DEADPOOL comic series be aimed at adults.  So why the film?  I think I know.

When Fabian Nicieza and Rob Liefeld created Deadpool for NEW MUTANTS #98, he fit right in beside the rest of Marvel’s X-Men characters.  No more or no less “adult” than any other typical X-Man.  From there, Deadpool got a few miniseries and then finally landed his own ongoing title, initially written by Joe Casey and drawn by Ed McGuinness. (Volume 1 – along with his first appearance –  is right here.)  Throughout this series, Deadpool remained a steadfast PG-13 character, as well.  A little edgy, yes.  Bits of cartoony violence, as well, but still nothing so over-the-top that he stood out as any more adult-skewing than any other of the edgier characters.  It was also here that he began to become a little more unique as his fourth-wall breaking began (though it wasn’t really all that unique as She-Hulk was breaking the fourth wall almost a full decade before Deadpool ever did and two years before he even existed.  Read one of the best comic runs ever right here!).

Daniel Way was writing a comic called WOLVERINE:ORIGINS in which an amnesiac Wolverine was investigating into his own past.  In one particular story arc, who does he encounter but . . . you guessed it . . . Deadpool?  After years of being an afterthought that nobody cared about, Way resurrected him and put him in a multi-issue slugfest with the iconic Wolverine.  Both characters have high-level healing factors which prolonged the battle over several issues and made it extremely gory, violent, unique, and inventive.  Combined with Deadpool’s sense of humor, it got the character a lot of attention and the story was a huge hit.  (Buy it here.)

Due to reader response to that story, Daniel Way was given his own brand-new DEADPOOL ongoing series.  He carried over the humor and violence from the Wolverine story and it caught fire.  Deadpool has been a huge seller and Marvel mainstay ever since.  If you knew of Deadpool before this past weekend, Daniel Way is likely the reason why.  (Here’s Volume 1!)

So, with exaggerated violence now being a hallmark of the book and the character, combined with his earlier adventures being far-less exposed, this led more casual comic fans to assume that Deadpool had always been that violent.  And, certainly, if presented as it was in the comics, that violence would be R-rated on film.  So, in the minds of many, Deadpool was an R-rated character.  And an R-rating carries certain other connotations with it, too, right?  So, he must also be sexual and profane.  It just follows.

Of course, longtime Deadpool fans and readers knew better.  But anytime the voice of reason speaks up online, it’s silenced with rudeness, bullying, and more numbskulled Internet memes.  So, in the minds of the public, Deadpool “had” to be rated R.

Even co-creator Rob Liefeld disagrees, stating that the comics have never been that adult (you can see that here).  And, while I loved the R-rated film we got (seen it twice, will see it more), I think some fun opportunities were lost in not having a PG-13 film.  I’ve already established that the violence could have been only slightly trimmed to fit a PG-13.  The sex and language could have been tackled in a completely original, never-been-done before way that would have added to the humor of the film.  Imagine that Deadpool tries to drop his first f-bomb and, instead, we hear a bleeping sound.  Then it continues for a second, third, fourth time, until he finally outright acknowledges it, saying that it his “bleep-ing” movie and he can “bleep-ing” say what he “bleep-ing” wants.  It could be a running joke,  He visits the strip club where there are actual black bars covering up the . . . ahem . . naughty bits.  It would have done a disservice to the gravity of that particular scene to acknowledge those in that moment, but perhaps there could have been one final scene with Vanessa right before – or even during – the credits that would address it in a comical way.

Those are just ideas off the top of my head.  It wouldn’t have to play out exactly like that, but you get the point.  The R-rating likely created a sense of obligation for the filmmakers while subsequently limiting their creativity.

The irony in all of this is that the same fans who demanded the unfaithful changes in order to satisfy their fantasy of an R rating are the very same people who whine about changes being made from original source material to film adaptations.  Well, they can stop worrying now, can’t they?  Look what happened!  Lots of changes were made and they loved the film and it’s also a huge success!

Other than all of the changes I’ve already mentioned, here are some others.  In the comics . . . (more spoilers)

And those are just off the top of my head.  My point isn’t that I’m upset about the changes.  My point is that people demanded an entirely accurate Deadpool film, didn’t get anything all that close to it (and it was largely their own fault), and it was okay!  It worked out fine!

It worked because we got lucky.  We got lucky to have people making the film who love Deadpool but also understand him.  Deadpool isn’t popular because of the violence.  If that was it, those three Punisher films would have made hundreds of millions of dollars.  Instead almost nobody saw them.  Deadpool isn’t popular because of any sexual or profane elements, either.  Those don’t really exist to any heightened degree with regards to Deadpool.  And, though it’s part of it, it’s not even Deadpool’s sense of humor that does it.  What makes Deadpool work is what’s behind the humor: his earnestness.

Deadpool is very rarely deliberately making jokes.  He says constantly hilarious things but what makes them especially funny is that, to him, they usually aren’t jokes; he means them.  He isn’t trying to be funny.  He’s just being himself and his sincere beliefs and desires are so far removed from anybody else that it’s hilarious.

Tim Miller and Ryan Reynolds get that.  Sure, there are some deliberate jokes made by Deadpool in the film but, if you pay attention, you’ll notice that those are almost always (if not completely always) when the mask is off and he’s Wade Wilson.

Further leading to the film’s success is that Miller and Reynolds understood that he was likely to be a hard sell.  When people irrationally started demanding an R-rated film, they knew they had to push for it, too, because if they wanted a chance of the movie breaking out, they needed to build up good will with the target audience.  Look what happened with Josh Trank’s Fantastic Four.  Due to feeling that their voice wasn’t being heard, most people decided a year before it was even released that they didn’t like the film.  And so, when it came out, they found every reason they could justify their hate for it, whether they actually saw the film, or not (it wasn’t great but it wasn’t all that bad, either, if we’re being objective).  Miller and Reynolds knew they couldn’t afford that, so they pushed for the R rating while also staying true to what makes the character so popular to begin with.

So, while many people believe we got an excellent, successful Deadpool film because of their demands, in truth we got one in spite of them.  We got the movie we got because – shock! – the filmmakers knew what they were doing better than the fans did.  I shudder to think what kind of film the “fans” would have made, but it likely would have been devoid of brains and heart.  And, worst of all, Deadpool.

Thankfully, a bullet was dodged.  We got a Deadpool film to enjoy and to be proud of.  But a lesson should also have been learned, here.  Leave the filmmaking to the professionals.

One thought on “Interlude – Audiences Demanded An Unfaithful Deadpool, Got It, And It’s a Huge Success”