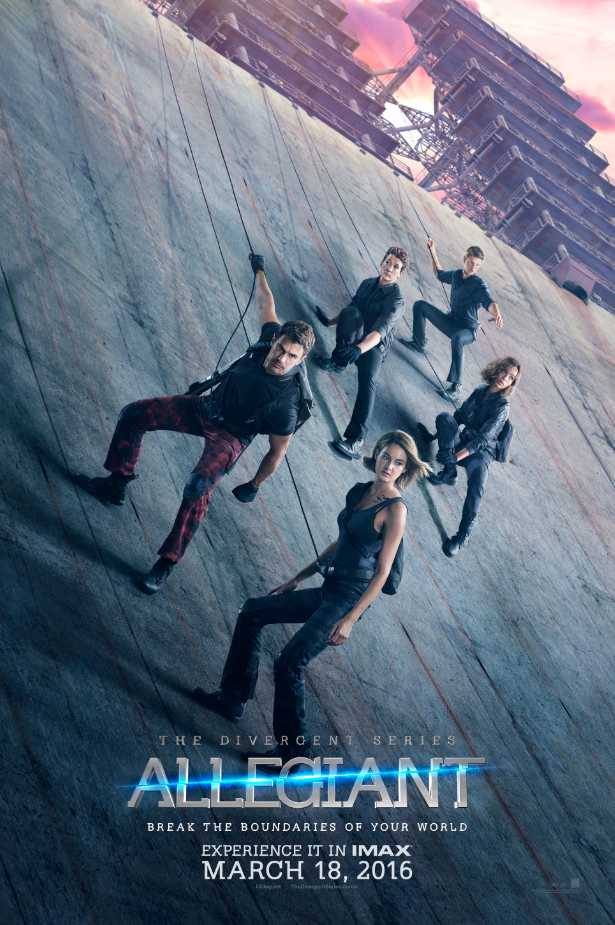 I actually didn’t see the first two films in the Divergent series in the theater.  I had a mild interest, but not enough to compel me to go out and catch them.  I ended up seeing them during two separate free HBO weekends.  And they were fine.  I thought they were enough fun to stick with it.  Especially once Naomi Watts was brought into the fold, as she’s easily one of my favorites.

I have to say, though, I was a fan of Shailene Woodley, as well. before she landed the role of Tris.  I loved The Descendants with a passion and she was fantastic in that.  Good enough to garner a Golden Globe nomination.  I was also excited when she got cast as Mary Jane in The Amazing Spider-Man 2.  She ended up being cut from that movie and her part was pushed back to The Amazing Spider-Man 3.  And that movie ended up not happening after ASM2 underperformed at the box office (by Spider-Man standards) and Sony realized that they needed Marvel to get back on track.  But, she’s done well for herself in this role, increasing her profile and setting up what should be a nice career for herself.

It’s comparable to the others.  The cast does their thing, as expected (it’s a really strong cast.  I could’ve used more Zoe Kravitz, myself, though.).  Jeff Daniels, in particular, was a stand-out.  He does all of the little things right.

The story continues to be a pretty direct lift of The Hunger Games (which, itself, was famously a lift of Battle Royale before going its own way in the later installments) and keeps all of the clichés that go along with that idea: young female messiah figure (with a silly, futuristic name that would never be used in the future.  And, yes, I know that “Tris” is short for the very real name “Beatrice”.  I don’t care.  It’s silly.), oppressive adult rulers, splitting the population up in an effort to fracture them ideologically, a small group of rebels dealing with mistrust and tension, and so on.  It even pulls a little from Harry Potter and, believe it or not, Resident Evil.  But, they say there are no truly original ideas left and while I’m not entirely sure that I agree with that, I’m not entirely sure that I don’t, either.  If nothing else, Divergent takes these borrowed ideas and makes them its own.  There’s a pretty fun action sequence near the beginning that I found enjoyable and it’s also shot really well.  Not completely original, but like a really solid cover of a classic hit song.  When it comes down to it, I’m okay with that.

What I feel the Divergent series has done better than The Hunger Games is create a real sense of consequence.  Characters – major, important characters – will die.  They’ll die suddenly and surprisingly.  That really needs to continue.  Without that, it’s just a cash-in living in the shadow of a bigger, more popular franchise.

This isn’t a must-see, if you haven’t gotten into the series, yet.  But it’s not something to avoid, either.  It’s fun with some good performances and some interesting ideas that, much like Zootopia, finds itself a little more relevant due to the modern political climate than the filmmakers likely expected.

If you’re into the series, however, head on out to the theater and enjoy.  I think you’ll get more of what you’ve enjoyed, thus far, from the previous films.

There were three people sitting a few rows in front of me.  About two-thirds of the way through the movie, two of them got up and went to get snacks.  When they came back, they said something to the other person, and then they all got up and moved seats.  Same row.  Just the other end.  It was bizarre.  And distracting.  And freaking bizarre.  Seriously, what?

Okay, that’s it from me, this time.  Season two of Daredevil awaits!