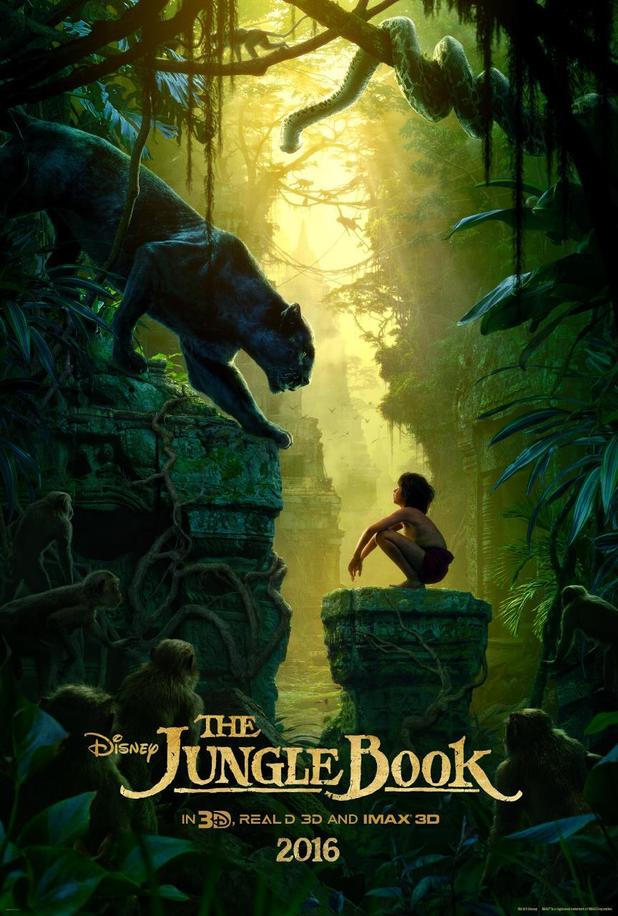 I grew up as a Disney kid.  My first crush was Cinderella.  Or maybe it was Smurfette?  It was one of those two.  Regardless, I remember being in shock that Cinderella would choose Prince Charming over little four-year-old me.  I’d like to think that she’d make a different decision, now that I’m a little older (another year older, today, in fact).  Regardless, between that movie and the standard household Disney names (Mickey, Donald, Goofy, and so on), I was hooked on Disney for life.  I’ve seen all of their Animated Classics and each of their live-action adaptations of those animated films that they have chosen to produce, so far.

Disappointingly, I haven’t been a huge fan of those live-action adaptations.  I was didn’t care for 101 Dalmatians.  I hated Maleficent.  I liked most of Tim Burton’s Alice in Wonderland but I absolutely loathed Johnny Depp as the Mad Hatter.  He hijacked that film and he did so in the most absurd, annoying performance of his career.  Worst of all, I didn’t even like the adaptation of the One That Started It All: Cinderella.  It was competent (and I admittedly enjoyed Lucy Punch, as I always do) and it looked nice, but the script was so flat and bland that I was just waiting for it to end.  Lazy dialogue, no contemporary twists or surprises, unmotivated actors . . . it was paint-by-numbers Cinderella and I was immensely disappointed.

In addition to that, I have lost some faith in Jon Favreau, as well.  He’s a funny, talented guy, but his recent efforts haven’t exactly stimulated my imagination.  He jump-started the Marvel Cinematic Universe in a beautiful way with the original Iron Man and became a geek icon.  And then he came back with Iron Man 2, which was . . . well . . . basically Iron Man, again.  It was clear that he had only one concrete idea for that franchise: somebody steals Tony’s tech and uses it against him.  I remember when I went to the pre-Avengers marathon.  It was full of tried and true Marvel fans.  After the second movie, a guy near me got on his phone and during his conversation said, “We just finished The Incredible Hulk.  It was awesome but now we have to suffer through Iron Man 2″.  People laughed and while I thought that was a little harsh and I wouldn’t consider Iron Man 2 to be a “bad” movie, it easily holds the title of the least of the MCU entries, thus far.

After that, he directed Cowboys & Aliens.  That film fell with such a thud that I don’t even remember what it was about.  I remember that it was a waste of a great cast and that I was unflinchingly bored throughout the entire film.

So, the guy who gave us that first Iron Man film (as well as another beloved classic in Elf) wasn’t exactly on a hot streak.  Two unimpressive outings isn’t enough to declare a trend or that someone is losing their touch.  But it’s enough to lower one’s expectations for the next film.

Having said all of that, I thought the trailer for Jungle Book was one of the better trailers that has been released in the last year or so.  The world feels authentic, the animals come off appropriately (whether that be scary or endearing, depending on which one we were looking at), and Neel Sethi looks like Mowgli actually manifested and came to life like Holly in Cool World (let’s hear it for old-school Basinger, everybody!).

In other words, I sat down hopeful, but with realistic expectations.  I’m happy to say that I walked out more than happy with what I saw.

Favreau stays true to the original Disney version of Rudyard Kipling’s book but updates the story with more modern, progressive sensibilities and makes full use of the advantages that come with a big-budget live-action adaptation.  This is what Disney’s 2015 Cinderella completely failed to do.  And, as a result, it ended up as my biggest disappointment of the year.

In recent times, Disney’s animated version of The Jungle Book has come under (anachronistic and retroactive) criticism for having “racist” undertones due to two things: King Louie proclaiming that he “wanted to be like” Mowgli and the climax where Mowgli left his friends to rejoin the humans because everyone is “supposed to be with their own kind”.

This line of thinking is of course simplistic and reductive; a typical example of creating issues where there are none.  (It’s also, quite frankly, piss-poor film analysis.)  Disney in no way intended for that to be the interpretation of the original film.  And, for decades, it wasn’t.

In any case, Favreau and Disney took steps to ensure that the same accusations couldn’t be leveled at the 2016 version.  Firstly, they cast the whitest guy in Hollywood history, Christopher Walken, as King Louie.  Problem A: solved.  Then, they change the underlying theme from “be with your own kind” (which is admittedly questionable advice) to “be who you truly are”.  And that works much, much better.  Sorry, Social Justice Warriors with nothing important to do!  There’s nothing to see here!

The cast is impeccable.  I can’t go without mentioning Neel Sethi, in particular.  This is his very first role and, regardless of how long of a time his career continues on, it will likely remain his most difficult.  He had absolutely no one to bounce off of.  He spent the entirety of the shoot working against CGI characters.  I’m sure they played dialogue for him to respond to and did other things along those lines to help, but none of that is the same as having your other cast mates in front of you and being able to share the scene.  I was beyond impressed with his performance and I hope he gets some sort of recognition from industry professionals, somewhere down the line.

Without saying too much, I’m especially glad that Favreau decides to keep the most iconic parts of the original film and translate those over into live-action.  It would have been easy to argue for cutting those out, but he believes (or trussssssts) in them and I think it pays off immensely in the end.

Surprisingly, the film doesn’t pull any punches.  This isn’t a neutered version of this story, as it has weight and conveys a true sense of consequence.  Favreau doesn’t attempt to convince the kids in the audience that things work out well for everyone, all the time, no matter what.  I think it’s a bad idea to shield kids from reality, anyway, and movies like this can serve as an ice-breaker for parents to breach the tough stuff.  Don’t worry, though; the film is in no way graphic (it’s rated PG).  But it’s honest.

And it’s complex. Shere Khan is undeniably a villain, but his motivations completely make sense, and it’s easy to understand where he’s coming from, even if his reactionary methods are clearly wrong.  And, as Mowgli is pulled in different directions by various characters who all care for him, it’s a challenge because all of their motivations make sense, as well.  This is real.  This is honest.  This is life.  These characters – all but one of whom are anthropomorphic animals who are created inside a computer – are a million times more believable than almost every character in Criminal.  Don’t judge a film by its genre, folks.

If I have any complaint, it would be that I wish the color palette had been brighter.  Everything is slightly muted and – watching this in IMAX 3D – I craved that visual pop that I never really got.  Well, not “everything” is muted.  The “red flower” was bright and powerful, and my guess is that there is a desire for the “red flower” to stand out and carry extra weight, which is why everything else is a little less vivid.  But that’s a minor complaint.  The film was truly beautiful and Jon Favreau has never framed shots better than he does here.  The CGI animals look like real animals who happen to have the ability to speak and in no way resemble cartoonish caricatures.  They are real in body and in spirit and the film greatly benefits.

The Jungle Book is without question the best of Disney’s live-action adaptations, so far.  Granted, there isn’t much competition, but even if there was, The Jungle Book would be right in the hunt.  This is what I’ve always expected from Disney and known they were capable of.  It’s also what expect from them in the future (they have The Little Mermaid and, my favorite, Beauty and the Beast on the horizon).  Now, you have your own accomplishment to live up to!

Anyway, I had a much better time at the movies on my birthday than I did on the day before my birthday, that’s for sure.  So, thank you, Disney and Jon Favreau, for making my birthday just a little better!  I expect you to do it again, next year!