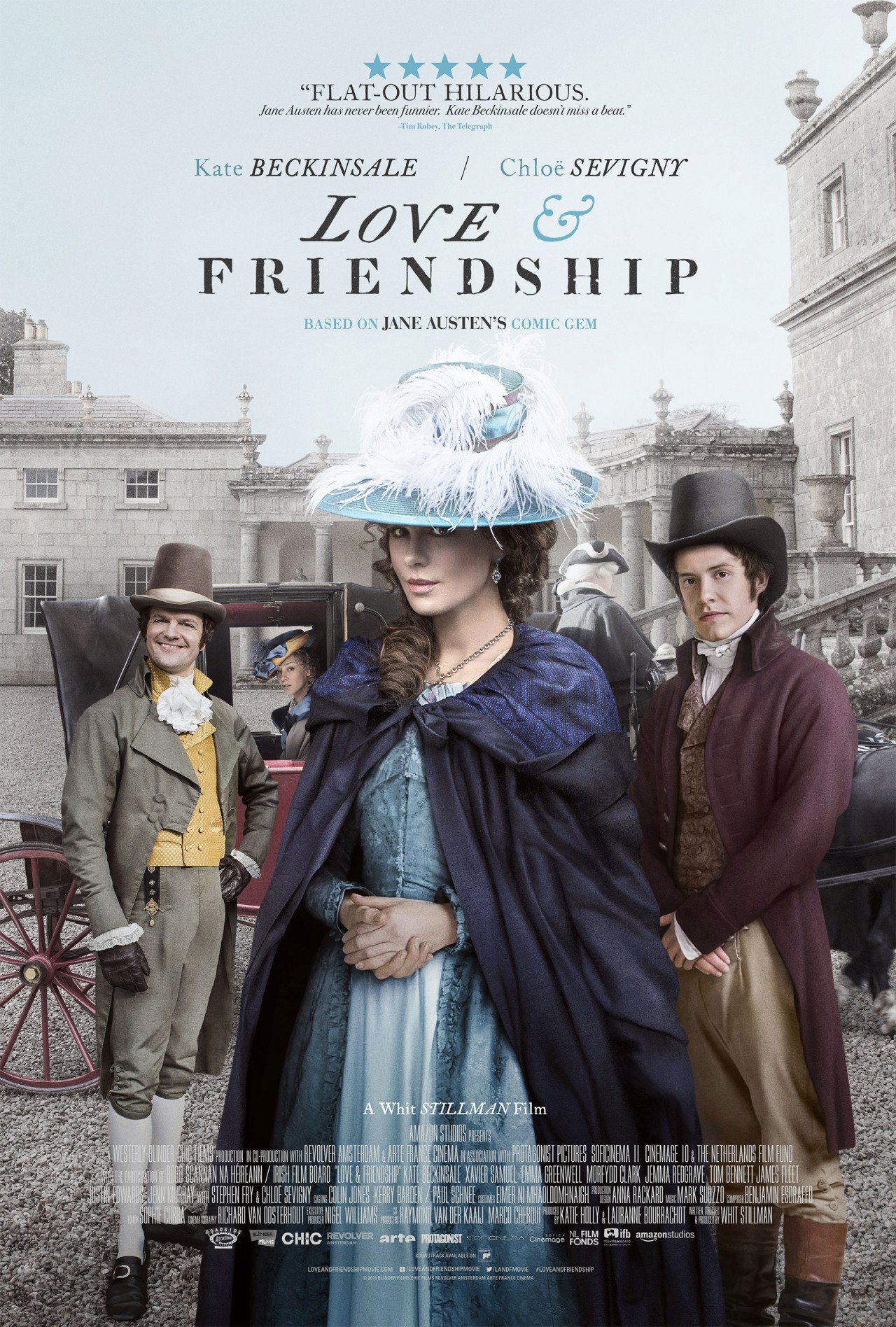 I think my favorite vampire in all of fiction is Kate Beckinsale’s Selene from the Underworld series.  (My favorite vampire in all of real life is Rupert Murdoch.)  I like to pretend that Kate Beckinsale is always playing Selene.  In movies without Underworld in the title, I just think that she’s undercover for some reason that doesn’t really matter because Kate Beckinsale and that she might just suddenly rip off someone’s arm and use it to play polo with their head.  And even if that doesn’t happen on screen, it happens in my head, so it’s all good.

That didn’t happen in Love & Friendship.

The film adapts Jane Austen’s novella Lady Susan, a flirtatious debutante who wreaks havoc everywhere she goes (Beckinsale).  As she goes about her troublemaking, she is surrounded by a colorful cast of characters, most memorably her American co-conspirator Alicia (Chloe Sevigny), Susan’s eligible daughter Frederica (Morfydd Clark), lovable doofus Sir James (Tom Bennett, who steals every scene in which he appears), and the man in the middle of it all Reginald (Xavier Samuel).

While the film is undeniably well-crafted and -executed, there’s also little denying that it’s designed for a niche audience.  The writing is sharp and witty, but the film is entirely dialogue.  “Walking and talking” is how I’ve seen it described.  That’s not any sort of knock or criticism; today’s audiences just have such short attention spans that I can imagine it being a struggle for much of the general movie-going crowd.  Heck, I have a fantastic attention span and it was a challenge for me, here and there.  Keep in mind that this is a Victorian era period piece and every effort was made (and successfully so) to replicate it authentically.

For anyone who loves that time period and/or Jane Austen, I feel confident that they would wholeheartedly enjoy Love & Friendship.  While I didn’t find it as uproarious as the marketing states, I was generally amused and even laughed a number of times.  The pace slacks a time or two, but it mostly flows pretty well and clocks in at a brisk 90+ minutes.  The characters are all believable with understandable motivations to their actions and are well-represented by the entire cast.

And to top it off, Kate Beckinsale still plays a fantastic blood-sucking vixen, even if it’s only in the metaphorical sense, this time out.

Even if I don’t feel like Love & Friendship is quite strong enough to justify its 99% Rotten Tomatoes score (and a Rotten Tomatoes column might be worth typing up in the near future), it still serves as a nice change of pace and a reminder that every film is ultimately rooted in story and character while everything else is the proverbial icing on top.