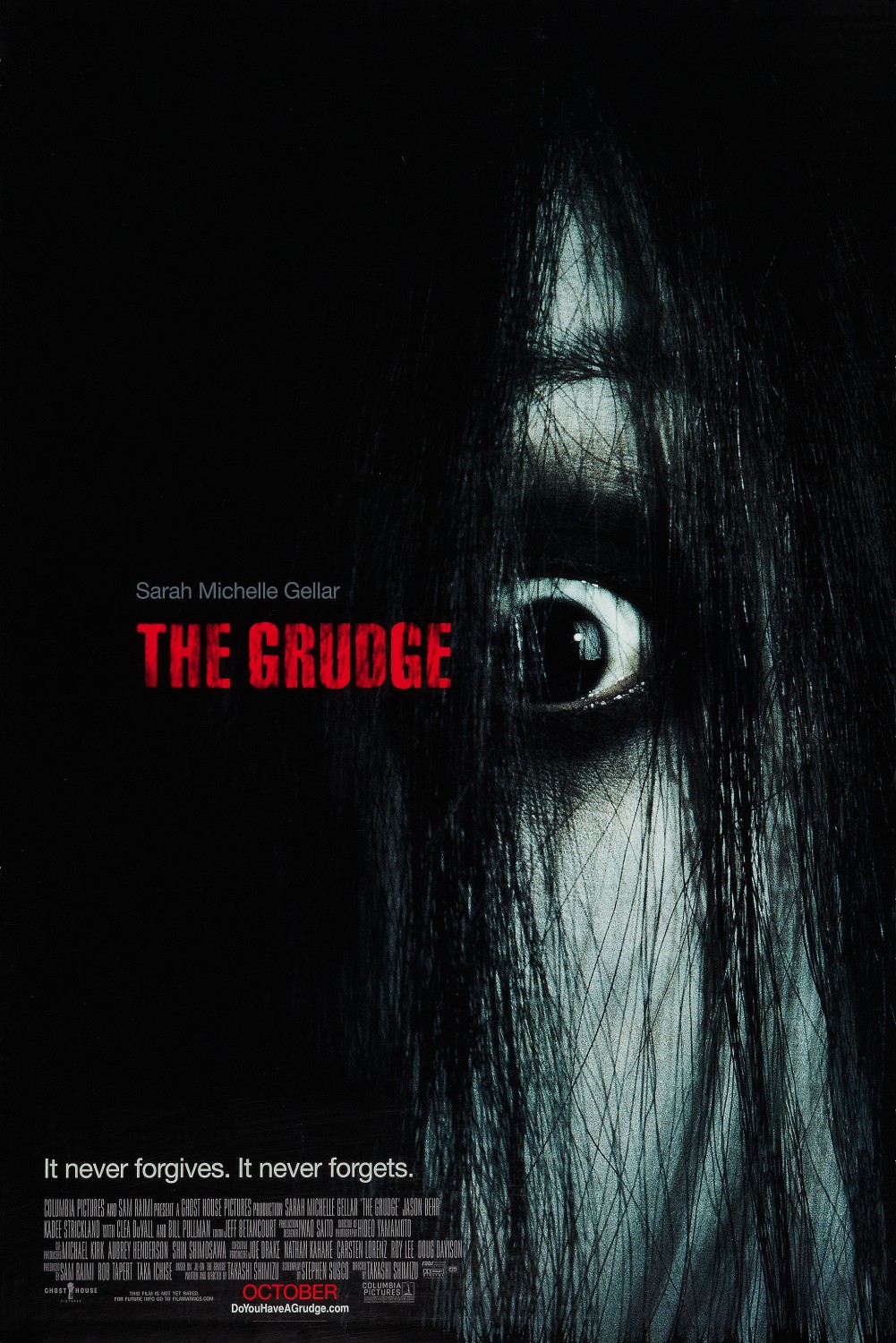 The Grudge was a massive hit back in 2004 when it was released in the wake of the success of The Ring.  Both films (and a slew of others to follow) ushered in the Japanese-inspired-horror craze and were really the only two to capitalize on that style of horror with overwhelmingly positive results.  The Grudge, specifically, was an adaptation of the Japanese film Ju-On: The Grudge, released four years earlier.

While reactionary audiences are quick to judge, claiming this as yet another so-called instance of America ripping off other people’s ideas, the truth is in direct contradiction to that assertion.  The director and writer of Ju-On took it upon himself to also direct the American adaptation.  With help from screenwriter Stephen Susco, Shimizu chose to craft an alternate version of his original film, rather than create a direct, scene-by-scene recreation.

Firstly, the film is somewhat Americanized, though not overwhelmingly.  Then it-girl Sarah Michelle Gellar takes the lead as Karen, an American nurse living in Tokyo with her boyfriend Doug (Jason Behr).  Karen gets assigned to an unknowingly-cursed home as a substitute live-in caretaker for an ailing, elderly patient.  Things do not go well.

The cast is pretty evenly split between American and Japanese actors, allowing American audiences to feel more at home while not betraying the spirit of Shimizu’s original story.  On that subject, Shimizu makes the wise choice to retain the services of both Takako Fuji and Yuya Ozeki as spirits Kayako and Toshio, respectively.  The pair of them remain among the most terrifying supernatural movie creatures in history and featuring them in both the Japanese and American versions of the film goes a long way towards creating a sense of synergy and consistency between the two projects.

But, as I said, the two are similar but different.  The original Ju-On is a much more cerebral film than The Grudge.  That’s not to say, however, that The Grudge is a mindless scarefest. Shimizu plays with time, telling the story non-chronologically, and demanding that the audience figure it out for themselves.  There are no handy little captions that lay it all out for us.  No, “Two days earlier . . .,” or , “Present day . . .,” indicators.  The viewer must remain focused in order to put together exactly what happens to who and when.  This aspect of the film is dialed way back from Ju-On but it’s nice to have an element of it included.

Something I noticed about The Grudge is its use of sound.  I would have to declare that sound is used in this movie to greater effect than in any other horror movie I can think of.  It’s applied deftly in a number of ways and it’s done through both sound effects and score.  There is a broad mixture of scares you feel coming and scares you don’t, but the sound always plays a primary role in constructing the scene or moment so that it has the desired effect.  Sometimes the sound is quiet and sometimes it’s loud, but it’s always effective.

Some of the specific scenes from Ju-On are translated over to The Grudge and others are not.  The scare-factor is not affected, either way.  The opening sequence featuring Yoko (Yoko Maki), the original caretaker of the elderly mother, is a terrifying joy and effectively sets the tone for the rest of the film.  That scene is original to the American version and should lay to rest any fears fans of the original have that the American adaptation won’t measure up.

And measure up it does.  Though the Japanese horror craze eventually faded away, there was one lasting effect that The Ring and The Grudge had on horror.  The two films together showed that films don’t have to be rated R to be scary.  The Ring successfully put that idea out there into the ether and then The Grudge showed that the effect was pulled off through skill, not due to a fluke.  When this particular initially hit theaters, I took a group of my high school students to see it as a reward for doing well in my class.  Going into it, they were writing it off, simply because it was PG-13.  Coming out of it, not of them were writing off anything.  In fact, they were all doing something high school students virtually never do: admitting that they were wrong.

The only drawback to The Grudge when compared to other top-tier horror films is its lack of attention to character.  As an audience, we don’t really get to know the characters enough to feel concerned for them outside of the general concern we would have for any human being caught in a life-threatening situation.  I never feel a personal investment in them.  So much attention is paid to navigating the story that we never learn enough about the characters for them to feel like friends.  So, while The Grudge remains among my favorite scary movies, it doesn’t quite reach the heights of The Ring or either of The Conjuring films.

Despite that, The Grudge easily nails it where it counts the most: the scares.  There are jump-scares and there are creepy, follow-you-home scares, and all are masterfully crafted and executed.  There is an old performance adage you’ve probably heard that says, “Know your audience.”  It sounds simple, yet so many forget it.  Shimizu demonstrates an innate predilection for knowing his audience, whether it be Japanese or American.  While I slightly prefer Ju-On to the American The Grudge due to its elevated puzzle-movie elements, the remake stands tall among horror films and holds up well, almost twelve years after its original release.