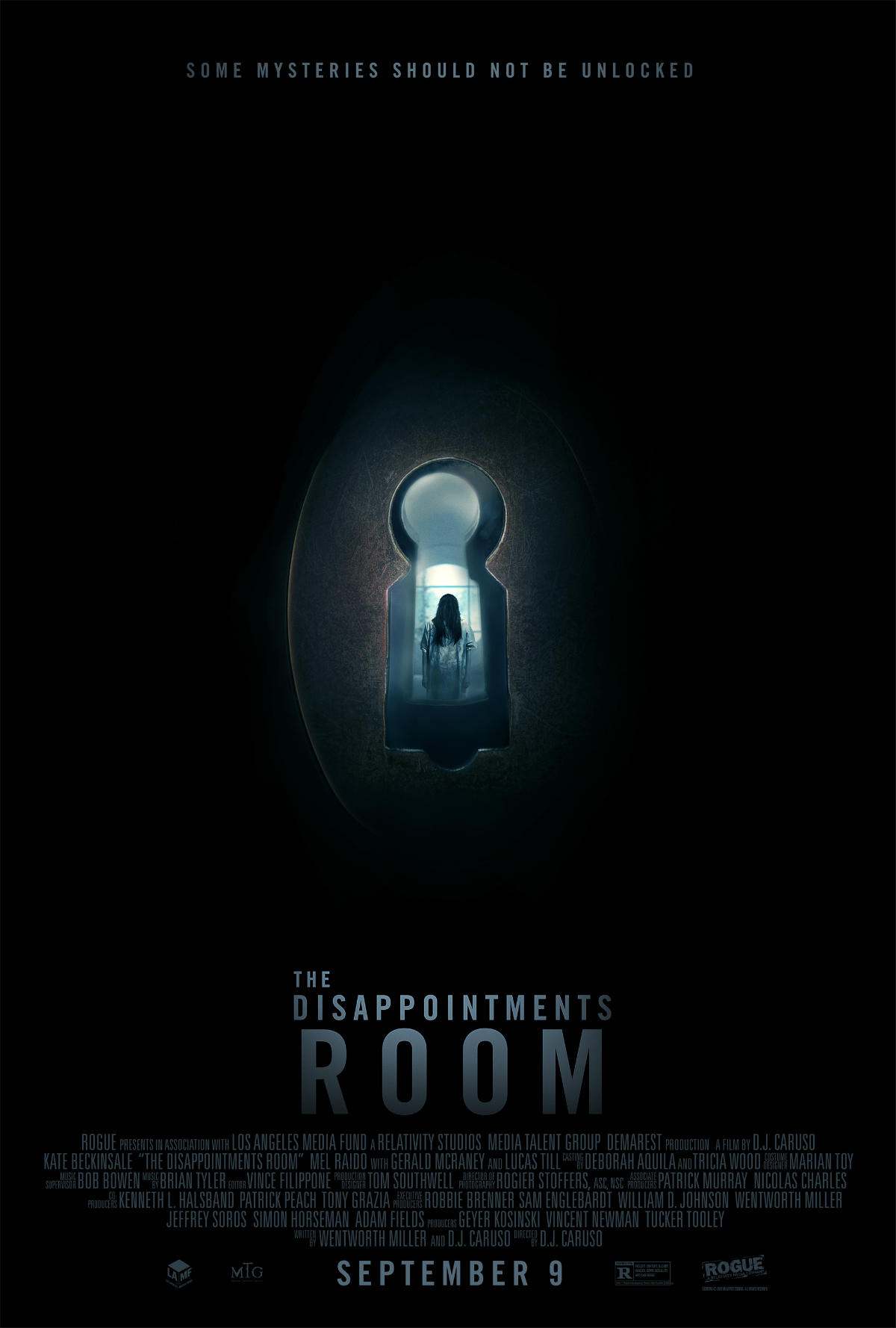 Another horror movie and another Kate Beckinsale appearance in my March to 100?!  I wasn’t about to argue with either of those.  I regret that the next Underworld film won’t quite make the cut as it’s not being released until January.  My hope, however, was that D.J. Caruso’s The Disappointments Room would serve as a suitable substitute.  (Also, this film was shot near to where I live and I really wish I’d known that I was so close to Kate Beckinsale.  Anyway . . ..)

I have to say that I’m a sucker for a good mystery.  I love the experience of encountering or experiencing things that don’t immediately seem to have an explanation and then joining the characters on their journey to find the truth.  Unfortunately, while The Disappointments Room is a mystery, it’s not a particularly good one.

The story is basically that a family moves to a new house and weird stuff happens, but only the mother/wife Dana (Beckinsale) seems to be aware of this weird stuff while the husband/dad David (Mel Raido) and young son Lucas (Duncan Joiner) try to figure out a way to help her as she seemingly goes insane.  (So, yep, another instance of the-wife-says-the-house-is-haunted-but-the-husband-doesn’t-believe-her.  *Sigh*.)

I have to be honest and say that I’m having a hard time putting my thoughts together into some sort of organized manner for this film because I’m not entirely sure what to think or how to feel about it, nor am I even sure what or how I’m supposed to think or feel.  The mystery aspect lacks any sense of urgency as there’s no specific event that needs explanation.  Dana sees things and she doesn’t know why.  That’s not much of a mystery.

And both during and after watching the film, I was never sure exactly what I was watching.  This appears to be by design up to a point, but there also needs to be some sort of coherency to any film, even if it’s designed to leave you guessing.  I got the strong sensation that the film, itself, was never even entirely sure what was happening.  On top of that, the movie tries incredibly hard to keep the viewer disoriented and on their toes yet simultaneously becomes guilty of tired clichés and tropes.  There are houses of cards that are stacked, but never knocked down, as well, so I didn’t walk out with any feeling of resolution.  It’s a story with no sense of self and no confidence, not sure what it wants to be and therefore never really finding any identity at all.

The cast does their part, though.  Beckinsale, in particular, is required to tackle some very difficult ideas and themes and I give her all the credit I can muster for it.  And that’s for not only being up to the task but for pulling it off so well and single-handedly granting the film some emotion and gravitas.  There’s one scene in particular that is just so horrible to even imagine that I don’t think I would have been capable of actually acting it out.  Or maybe it’s so awful that the acting came easier.  Either way, the material is of varying degrees of difficulty (sometimes because of the themes and other times because of the writing) but Beckinsale and the rest do everything they can to elevate it.  And, in certain moments, they actually succeed.

As a total package, however, The Disappointments Room is presciently disappointing.  The tone and atmosphere are fine.  And it has a quirky and unique idea at its center.  But the horror aspects aren’t much better than the mystery.  And, written by Wentworth Miller, it instead feels as if someone from a comments section somewhere thought they could write a better movie than the ones they spew about and predictably came up with something filled with all of the things they complain about in those other movies.  And then they somehow signed Kate Beckinsale to star.  It isn’t the worst horror movie of the year – not even close.  But, despite being buoyed by a game cast (and an especially powerful Kate Beckinsale), The Disappointments Room ultimately fails to deliver on any of its promises – a cardinal sin of filmmaking.

Don’t worry, though, Kate.  I’ll still see you in January.