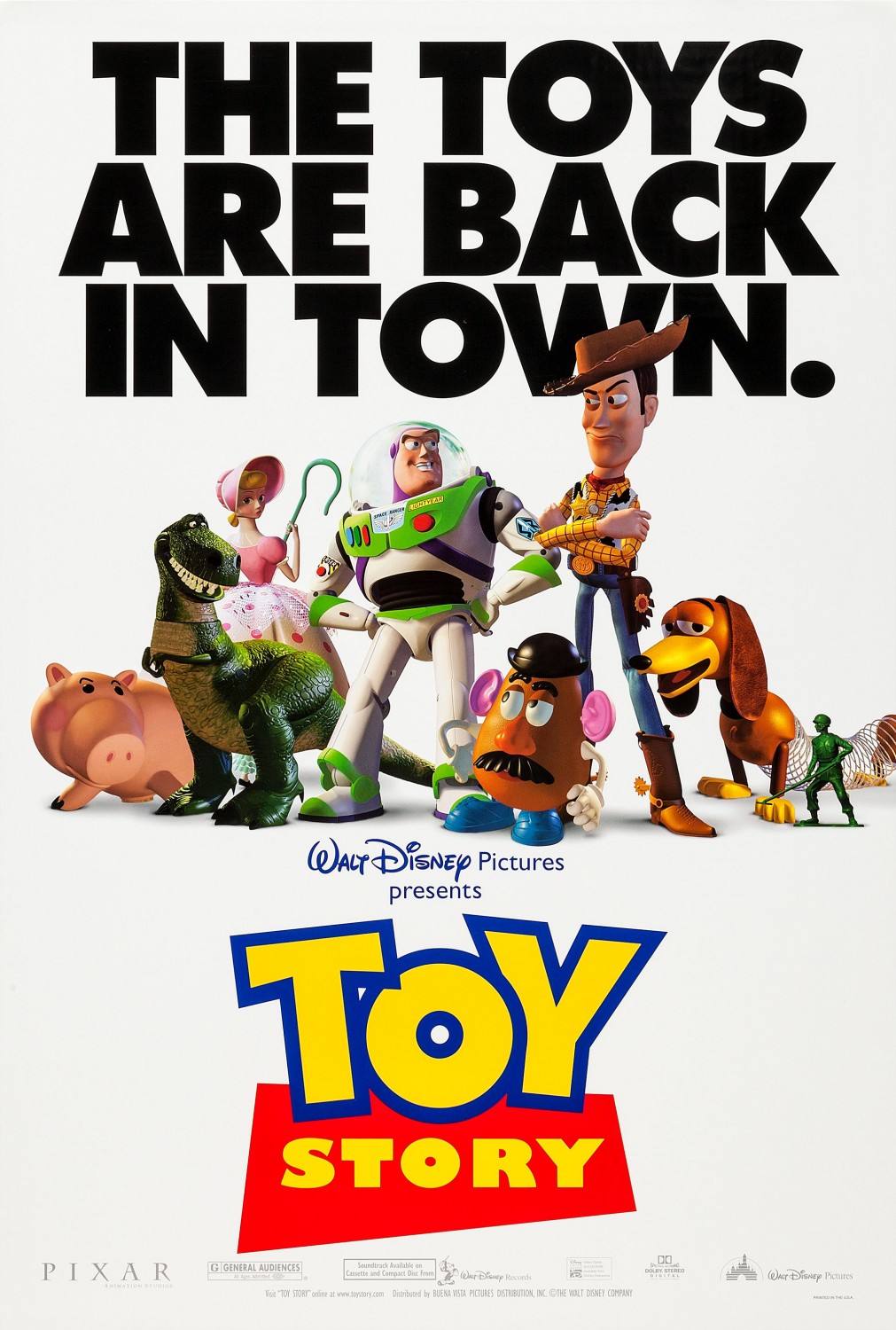 The lasting impact that Toy Story had on the film industry can not possibly be overstated.  A first of its kind, there had never been a feature-length computer-animated film of any sort until November 22, 1995, when Toy Story hit theaters and changed everything.  Now, there are almost no more hand-drawn animated features.  Laika Studios is keeping stop-motion animation alive through sheer force of will (and mountains of talent).  But nearly every animated feature in modern cinema is done entirely through the use of computer imaging.  And it all started here.

If you feel like you watched Toy Story, recently, but can’t figure out why, you probably just went to see The Secret Life of Pets.  That film lifted practically every single one of Toy Story‘s story beats, meaning that Toy Story is still directly influencing other films, even 21 years after its impactful first landing.  And it’s no wonder, really.  I’ve referred to the Toy Story series as the greatest trilogy in film history and I stand by that.  All three films are virtually perfect and director John Lasseter threw down the gauntlet and started his path towards becoming the greatest mind in animation since Walt Disney when he unleashed this film on the unsuspecting moviegoing public.

Clearly, the most obvious footprint left by Toy Story is the aforementioned use of computer generated images.  It was a natural transition for the medium to make as computers were becoming more and more prevalent and the technology significantly more advanced.  That advancement, of course, never stopped (nor will it), but the visuals in Toy Story hold up impressively well, even today.  It’s not quite as smooth as what we see in modern film, but you really have to look for those “shortcomings” (so to speak) to notice them.  And, honestly, who cares?  Pixar were the pioneers, here!  They were doing this before anyone else and it absolutely could not have been better than this in 1995.

The important thing to understand, however, is that, while the novelty of the computerized animation is what got audiences into the theater, it’s not what they were talking about when they walked out.  All of the “buzz” (sorry.) (No, I’m not.) was around Woody, Buzz, and their friends.  The film was genuinely crafted to be entertaining and impactful for audiences of all ages, rather than being a film for children that parents had to sluggishly meander through.  Disney’s in-house animation studio (Disney distributed Pixar’s films at this time but did not make said films) had been doing this to some degree for years, but Lasseter and Pixar kicked it up a notch.

The jokes are witty and clever enough to be appreciated by adults but not inappropriate for children.  But, beyond that, it’s the themes that truly leave a lasting impression.  Each film in the series featured its own selection of sophisticated ideas presented by anthropomorphic toys in bright, vivid colors.  It’s the kind of movie where one would least expect to see characters struggling with their own identity or the fear of becoming obsolete and abandoned by the ones they love.  These are issues we all deal with from time to time, and not only when we’re young.  In fact, it seems as though Buzz’s issues were aimed at the younger crowd while Woody’s were directed towards the grownups.

Buzz (Tim Allen) has a tough lesson to learn in humility.  He has an unrealistic self-image and refuses to allow himself to be placed on the same level as everyone else around him.  We all need to learn at some point that we aren’t perfect and failure is part of life.  We can’t handle everything that comes our way without help and that makes us just like the rest of the people on the planet.  Buzz thinks he’s above the rest of the group and Woody (Tom Hanks) takes it upon himself to humble him.

The problem is that Woody’s motivations aren’t exactly altruistic.  Woody has always been his owner Andy’s favorite toy.  When Andy is gifted Buzz for his birthday, Woody feels threatened by the newer, shinier, cooler toy and feels like there isn’t enough room for the both of them; if Buzz isn’t eliminated, Woody will be forgotten.  This particular complex can develop in people of any age, but it tends to become more relevant as we get older.  Time seems to be passing us by.  We wonder if our significant other will replace us with somebody who’s younger and better looking.  We worry that the new employee at work might be just a little better at our job than we are.  We look around and we say, “What happened to the world that I knew?”

Every generation acts as if they’re the first to feel this way and that it’s “different” for them, compared to the similar experiences of generations past, but that’s silly.  The world continues to turn, society changes, people fall in and out of love, friends and relatives pass away, and people with higher degrees show up at our workplaces.  It happens to us all.  And it happened to Woody.

These are both incredibly weighty, sophisticated ideas to be dealing with in an all-ages animated film, but Lasseter handles it with grace, charm, and humor.  This approach to filmmaking has since become Pixar’s trademark, as audiences expect to be moved anytime they sit down for the studio’s latest film and then they walk away underwhelmed, on the rare occasion that they aren’t (I’m looking at you, Cars 2, which was also directed by Lasseter in the closest he’s come to a misstep).  This movie raised the bar for depth of animated films beyond even what Disney had consistently done up to that point.  Lasseter showed that animation can be intelligent, fun, and accessible for viewers of any age, all at once.  It’s a monument of filmmaking and an unqualified classic that still to this day has few equals in its field.

In the time since, John Lasseter has significantly increased his profile in the industry and expanded his role at Disney/Pixar.  When Disney officially purchased Pixar in 2006, Lasseter became chief creative officer of both Disney Animation Studios and Pixar, as well as principal creative advisor for Walt Disney Imagineering, where he helps to design their theme park attractions.  He’s a busy man.  And he’s made his mark.  After Pixar was regular trouncing Disney’s own animated films – both creatively and financially – Disney made sure to put him in charge of their films, as well, and the results have been astounding as the studio has come roaring back and has reclaimed the crown as the leader in the industry, once again overtaking Pixar.  For now.  With Lasseter overseeing both studios, we can fully expect to see high quality films from Disney and Pixar for the foreseeable future.  Lasseter’s role in re-shaping the landscape of animated storytelling is undeniable and he is the single greatest visionary the field has seen since Walt Disney, himself.

And Toy Story was the beginning of it all, as far as mainstream audiences and feature-length filmmaking is concerned.  If you’ve never seen it, drop everything and watch it.  If you haven’t seen it in a while, then watch it again.  Either way, enjoy it for what it is, but also recognize it for its role in single-handedly changing the entire animated film industry forever.  And for doing it with style and with class.