Welcome to Part 3 of The Top 25 Films of 2016!  We’re getting down to the nitty-gritty, with only one more Year-in-Review column remaining after today!  In case you missed them, here are part one and part two!  Has your favorite shown up, yet?  If not, maybe it will, today, as we carry on with . . . 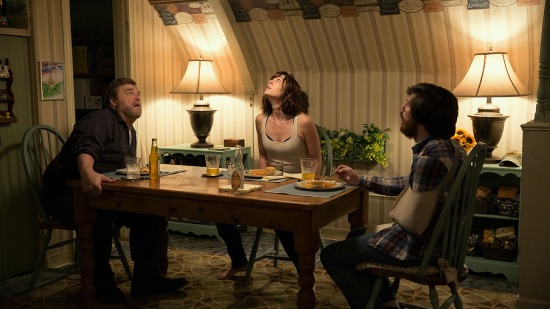 We’re really getting into the best of the best, now, and 10 Cloverfield Lane is certainly in that conversation.  The fact that this film came out in March and stayed in the Top Ten all year is remarkable.  So, why is it here?  Well, why wouldn’t it be?  It’s suspenseful.  It’s sharp.  It’s fast-paced.  It’s unpredictable.  It builds logically.  The dialogue is gripping, with subtle undertones.  The characters are mysterious, with Mary Elizabeth Winstead playing the empathetic protagonist to perfection.  And it never gets too complicated.  Simple.  Immeasurably effective.  (Original post.) 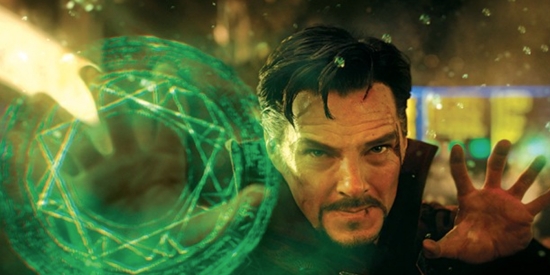 Doctor Strange wasn’t the 2016 Marvel Cinematic Universe film that I expected to be this high on my year-end list.  Yet, here it sits.  It was the perfect concoction of humor, action, ingenuity, urgency, visuals, performances, storyline advancement, and those ever-important watercooler moments.  The movie was a reminder of why Marvel’s vast library of characters resonates so strongly with all audiences and also that they know how to brilliantly straddle the line between appealing to hardcore fans and to the uninitiated.  Doctor Strange surpassed all expectations and has made yet another Marvel character into a household name.  (Original post.)

Have I complimented The Conjuring 2 too much?  Don’t be silly.  When it comes to the greatest horror sequel of all time, one can’t possibly compliment enough.  I’m going to repeat myself, here, but this film isn’t only a great horror film, but a great film, period.  The characters and story take precedence over all else and the horror elements work around them.  And they are scary in part because we love the characters so much.  We feel for them.  They’re presented as real, genuine, complex people just like the rest of us.  Those horror elements are also masterfully staged, being more impactful than any I can remember since . . . well . . . The Conjuring.  This franchise isn’t the “gold” standard in horror, but the platinum standard.  Here’s to hoping that the quality remains this high for future installments.  (Original post.)

There was no film in 2016 that was more intense, thrilling, or beautiful than The Shallows.  Unique by its very nature, this is a mass-appealing horror-thriller filmed with art school sensibilities.  Some of the shots are seemingly simple and elegant, while also being hair-raising and blood-pumping.  Director Jaume Collet-Serra knows exactly how to get the desired reactions from his audience and Blake Lively shoulders most of the load in the process.  Anyone who can’t admit that she’s an outstanding actress after seeing this movie is just deluding themselves.  I hope to see much more of both Lively and Collet-Serra in the months and years to come.  (Original post.)

Tom Ford’s Nocturnal Animals is like a dance between filmmaker and viewer where the filmmaker knows the steps and the viewer is blindfolded but follows along while hoping for the best, but gets to watch a video of the whole thing, the next day.  That’s a compliment, trust me.  Ford, Amy Adams, Jake Gyllenhaal, and Isla Fisher grab the audience by the hand . . ..  No, they don’t.  That’s not accurate.  They grab the audience by the hair and drag them through a deeply moving, impactful, passionate story and then leave them to their own devices to determine exactly what it was all supposed to mean.  People who don’t like (or want) to think won’t appreciate that.  For the rest of us, it’s a thrill that will possibly haunt us forever.  (Original post.)

Okay, we’re almost there!  Only one column remains in the Movie March’s 2016 Year-in-Review!  What’s at the top of the heap?  What’s number one?  Follow us on Facebook and don’t miss it!