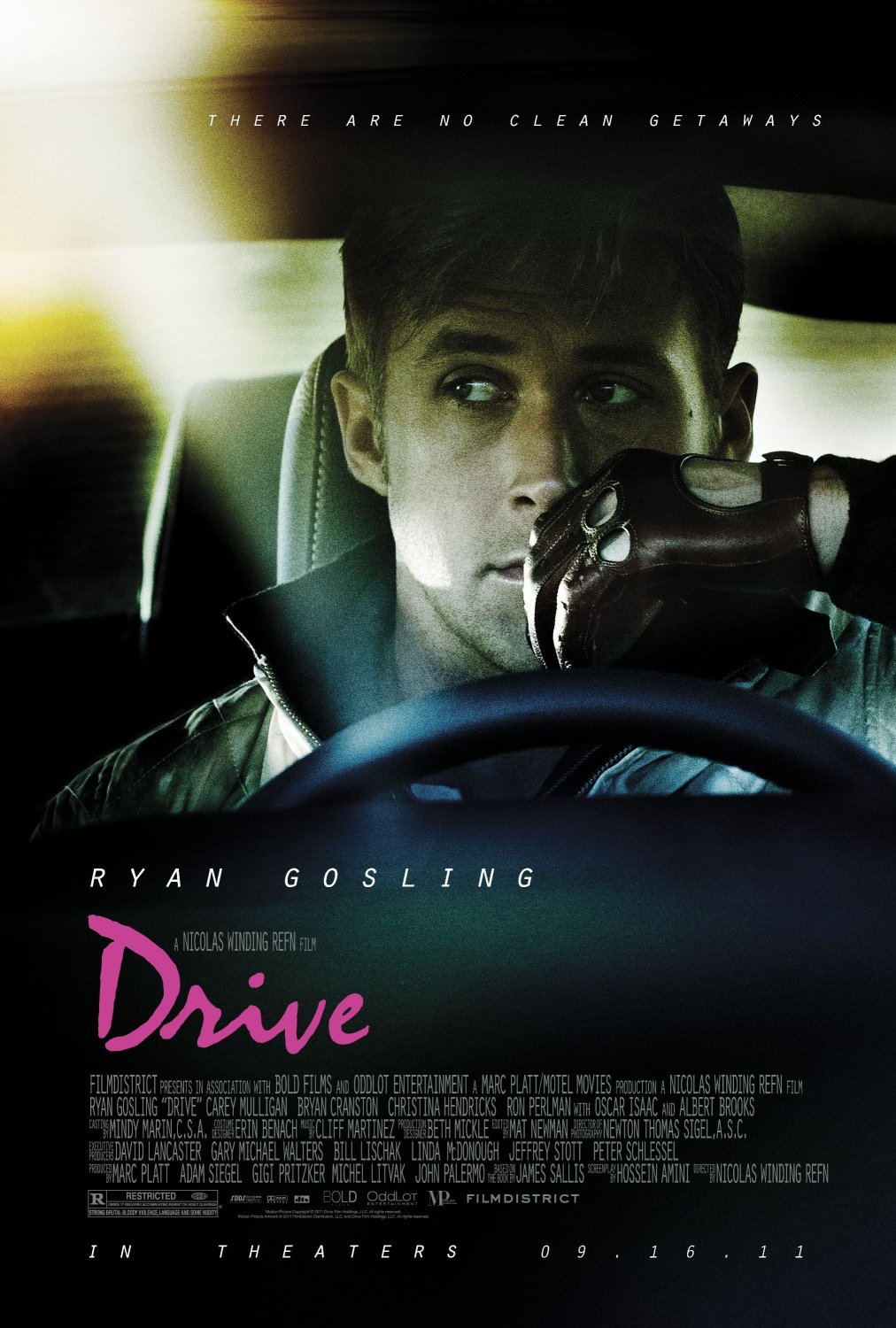 It’s been a while since I watched Drive.  I remembered liking it pretty well, but not being in love with it, the way many others were.  More immediately in mind was my reaction to The Neon Demon, the most recent film by Nicolas Winding Refn, the director of Drive.  I loathed that film with a ferocity with which I rarely loathe films, and it was entirely due to Refn’s choice to prioritize himself and put his profile before his film, the stars in his film, and – worst of all – the audience.  That movie was about putting himself in the spotlight at the expense of all else.  I was curious to re-watch Drive and see if there were elements of the same thing back in 2011.

I can definitely see similarities between the two films.  To this day, Drive remains Refn’s highest-profile film and it’s no wonder, with this cast: Ryan Gosling, Carey Mulligan, Bryan Cranston, Albert Brooks, Christina Hendricks, Oscar Isaac, and Ron Perlman.  That’s the very definition of pedigree, right there.  At this point, Gosling was still being typecast as the Cool Hunk, thanks to The Notebook.  He’s great at it, but in the years since, we’ve seen that he’s great at so much more, as well.  Still, he does the deed, here, even if it’s not a challenge for him.  In fact, all of the cast appear to mostly ease through the film.  Perlman seems to be having fun, creeping up to the edge of being over-the-top, without ever quite getting there.  The others, like Gosling, earn their spot but don’t get to do anything particularly memorable.

For those who are unfamiliar with the film, Drive centers around a Hollywood stunt driver (Gosling) who moonlights as a getaway driver-for-hire.  This naturally leads to trouble after he gets involved in some business that becomes very personal.  Refn’s trademark touches are here – deep, vivid colors amidst darker environments; a quirky score featuring synthetic, eighties-style music – but it’s a fairly straightforward story.  David Lynch is clearly an influence, but, in tis film, it primarily shows through mood and atmospheric elements, rather than narrative techniques (outside of the ending).

Unlike The Neon Demon, there is a clear story, with believable characters who all have transparent motivations.  There is very little guesswork involved, here.  If there is any, it’s due to the dialogue.  Hossein Amini’s screenplay forgoes expositional dialogue, forcing the viewer to read between the lines in order to determine exactly what each character is discussing and the relevance of the conversation to the characters and the story, as a whole.  This isn’t a bad thing.  I actually think it’s refreshing.  It’s realistic.  People in the real world don’t speak in exposition, so people in movies shouldn’t, either.  Many audiences might gripe that they actually have to think, but so be it.  The film asks the viewer to rise up to its level, rather than choosing to dumb it down for the typical American audience.  I wish more films functioned that way.  Sometimes, it can be too much, such as with The Neon Demon, where the film explains nothing but also fails to provide any context, in which case the audience can’t realistically be expected to interpret the events in any sort of sensible manner.  Drive finds the perfect balance, eloquently straddling the fine line in-between those dueling ideals.

The film also moves along at a nice, crisp pace.  From the opening frame to the beginning of the credits, it clocks in at 96 minutes, never really having time to drag.  Nothing is wasted, from the dialogue to the action.  The characters are a little difficult to invest in, seeing that Carey Mulligan’s Irene is the only one who is truly likable (Gosling’s nameless Driver character has friends, but it’s never really clear how or why, since he never exhibits any true warmth or personality, aside from one quick scene with Irene’s young son), but the pacing is so fast that it fails to really matter.

All of this serves as a much-needed (for me, at least) reminder that Refn is capable of constructing a quality film.  The problems with The Neon Demon had nothing to do with a lack of talent and everything to do with a sudden lack of humility.  In 2011, that is thankfully nowhere to be seen.  Drive isn’t a flawless exhibition of filmmaking, but it’s a solid outing with a fantastic – if somewhat wasted – cast and some heart-pounding action scenes, along the way.  If and when Refn shows back up in cinemas (he currently appears to have nothing on the schedule), I hope he’s closer to his 2011 self than his 2016 persona.  So, while I suggest you skip his effort from last year, Drive is a worthwhile adrenaline rush that’s bound to star somebody of which you’re a fan.