I’m not any sort of lifelong Blade Runner fan.  I saw the original film for the first time about five years ago.  I also haven’t seen it since.  I liked it fine.  I just like many other films much more.  For me, the most appealing aspect of Blade Runner 2049 is director Denis Villeneuve, who knocked everybody’s socks off with last year’s outstanding Arrival.  With other solid films such as Sicario and Prisoners under his directorial belt, at this point in time, Villeneuve has earned my blind patronage and he’ll have it unless he puts out something along the lines of The Happening.

A direct sequel to the original Blade Runner, Blade Runner 2049 takes place thirty years later and follows new blade runner K (Ryan Gosling) as he is pulled down a trail of discovery that leads him to uncover buried secrets and hidden surprises that have profound significance both to the world at large and to him, personally.  I actually hoped to be able to re-watch the original film before seeing this one, but couldn’t find the time to do so.  I did refresh myself by reading a recap, and that helped, but it wasn’t entirely necessary.  Blade Runner 2049 catches viewers up with an opening text, informing both newbies and those who have forgotten the details of the original of all they need to know.  Remembering said details will add an element of weight to the proceedings that may otherwise be lost, but the story can be followed with no issues without having deep knowledge of Ridley Scott’s 1982 classic.

Before I say any more, I absolutely must remark on how beautiful this film is.  Villeneuve has an unquestionable eye for science fiction – an effortless knack for finding the perfect shot, the most engaging color palettes, brilliantly striking visuals, and the consummate contrast to transport the audience to another time and place without making them feel too removed from their own personal comfort zones.  Both Blade Runner 2049 and Arrival have those qualities about them and I don’t feel like I can honestly say the same about his other, earlier films.  I never desire to pigeonhole a filmmaker, but it seems as if science-fiction might just be Villeneuve’s niche, though only time will tell for sure.

Another technical aspect in which the film excels is the powerful, haunting, and imposing score by Hans Zimmer and Benjamin Wallfisch.  Setting the tone from the very outset of the film, and then stubbornly insisting upon retaining it, the trumpeting blasts and rumbling tones of Zimmer and Wallfisch assault the viewer with pure atmosphere, demanding that the audience bow to the will of the filmmakers and concede control over the direction of the film to them and to them alone.  It’s a commanding accompaniment that sometimes guides gently from the recesses but often takes center stage with a resounding, minor-key uppercut to the eardrums.  Despite the impression I may be giving, it’s not painful in any way, whatsoever; it simply takes control and leads the dance for much of the film’s running time.

And let’s talk about that running time.  At a whopping two-hours-and-forty-five minutes in length, Blade Runner 2049 confidently takes its time allowing the narrative to unfold.  Mileage is going to vary on that particular decision.  For the diehard longtime fans of the original film, I would imagine that they will enjoy spending all of that time in this world – especially after waiting so long to be able to revisit it.  Others might not be quite so forgiving.  I’m somewhere in between.  I do honestly think the film could have been thirty or forty minutes shorter without sacrificing anything absolutely necessary to the plot.  I felt as though the film was unfolding at about two-thirds of its natural, organic speed.  For example, a lingering shot might last six seconds when four would suffice.  Or maybe an establishing shot of K walking to his next destination runs significantly longer than need be – or perhaps could have been excised entirely. 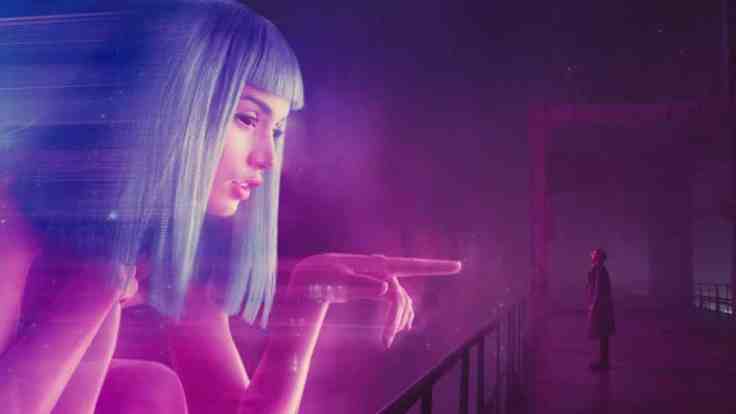 The truth is that, once I realized that the film had been running for about forty-five minutes, I also didn’t feel like anything relevant had truly transpired.  The narrative had yet to reach its hook.  Yes, it was extremely nice to look at along the way.  And the performances are fun to watch, as well (Gosling isn’t pushed in any truly meaningful way, yet his demeanor and presence still make him the perfect choice for the role).  But the pacing plays out like that of a long novel, not a brisk, nail-biting science-fiction film.  Even the action scenes lack significant energy for much of the movie.  The scene with K and Sapper Morton (Dave Bautista, Guardians of the Galaxy) at the beginning of the film as well as the climax at the end are exceptions.  But in between those, don’t expect a lot of adrenaline-racing, high-octane set pieces to get your blood pumping.

If you’re okay with that, and are prepared for a slower, thinking-person’s science-fiction movie, then you will likely enjoy Blade Runner 2049.  In fact, the more I reflect on it, the more I like it, myself.  The film definitely gets off to a slow start, but the eye candy makes up for it until things really get rolling.  I was also a little concerned about where the narrative was heading but, without giving anything away, all I’ll say is that, from my perspective,  the story concludes in a satisfying way and, as I alluded to, it also features a uniquely envisioned and excellently staged climax that I think will prove to be rather memorable, despite its relatively small scale.  Arrival is still easily my favorite film from Villeneuve, but Blade Runner 2049 is an overall nice addition to the modern science-fiction lexicon, as well as Ryan Gosling’s résumé.