I’ve mentioned it before, but I love myself an old-fashioned locked-room mystery.  I love them enough that I’m staying up late to see Murder on the Orient Express and then write this post, even though I have to get up early in the morning in order to catch a flight to Rhode Island.  I’ve never read Agatha Christie’s original novel, nor have I seen any other adaptation of this particular story.  So, I went in fresh, having no idea who the killer was, or even if the killer was the same as in the previous versions (though, having now seen it, I suspect that the film uses Christie’s original ending.  I have a friend who is a big fan of Christie’s work – you know who you are and thanks for clicking – and I’m sure he’ll tell me after he sees the film).  This is the kind of filmgoing experience I really look forward to.

I doubt anyone out there needs much of an explanation as to what Murder on the Orient Express is about, but I’ll give a quick synopsis of the premise, anyway.  Spectacularly mustachioed director Kenneth Branagh (Thor, Cinderella) also stars as the world’s greatest detective (sorry, Batman.  No computers needed, here.), Hercule Poirot.  While traveling aboard the extravagant passenger train, the Orient Express, with a baker’s dozen of strangers, one of them is . . . well . . . murdered, of course.  It is then up to Poirot to identify and apprehend the killer and set the minds of the other innocent passengers at ease.

For those who haven’t been exposed to the marketing for this film, the cast is to die for.  Besides Branagh, himself, the passengers consist of characters played by Michelle Pfeiffer, Johnny Depp, Daisy Ridley, Penélope Cruz, Willem Dafoe, Leslie Odum, Jr., and Judi Dench.  (I suppose I could have simply directed you to the poster above for that list, but this made it easier, didn’t it?)  That’s an impressive cast by anyone’s standards.  With a cast that large, naturally the screen time must be divided up amongst them.  Yet, none of them are wasted and each shines when given the opportunity.

Branagh brought all of these people together for a reason: to make each character stand out and be memorable amongst a sea of names and potential motivations.  If the audience can’t keep them straight, then the movie dies.  And if the audience can’t believe in each character’s motives, the movie also dies.  Neither of those issues manifest at any point throughout Murder on the Orient Express.  A nice job is done by all.

The narrative is at once simple to follow and complex in its structure.  There are many possibilities for the explanation behind the murder, yet the story has to be composed in such a way that all but one of them almost work.  That is much easier said than done.  Equally difficult is communicating all of that nimble storytelling in a way that the audience doesn’t get bogged down in the details.  Branagh pulls this off and makes it look easy.  If there’s a weakness to the film, the dialogue can be a little dull in parts, sapping some of the energy and momentum from the film.  However, the performances and beautiful visuals help carry the film through its more difficult moments, which are thankfully relatively few in number.  If you find yourself getting a little restless in the middle, hang in there.  The payoff is worth it, in my opinion.

And the payoff is what makes writing this review especially tricky.  I loved the ending.  I was having trouble reconciling certain components of the story but the ending explained it all.  Even better, the climax provided far more emotional weight and context than I expected.  I expected narrative complexity.  I did not expect emotional complexity.  There are some specific cast members that truly stand out with regards to the finale, but I’m unable to single them out for fear of tipping the film’s hand and ruining it for you, my audience.  I won’t do that.  But, for me, this sort of movie almost lives and dies by its resolution.  This one lives and will have the attentive viewer thinking and feeling things they did not expect to be thinking or feeling. 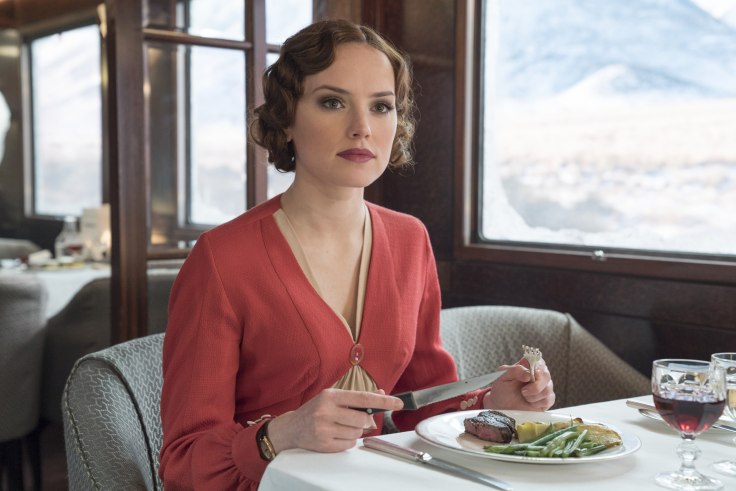 Murder on the Orient Express provided me with everything I was looking for from a classic murder mystery.  Throughout the majority of the film, it met my expectations.  Toward the end, it somewhat exceeded them.  While the film doesn’t quite have the emotional resonance of other films from this year such as Wonder Woman or Wind River it packs a surprisingly powerful punch, turning itself into more of a complete package than it would have been by simply remaining a more straightforward crime story.  The cast steps up and elevates the film and the visuals are always beautiful and often stunning.  I look forward to getting a chance to watch this one again and catch some of the little details that I may have missed upon this initial viewing.  If Murder on the Orient Express seems like your cup of tea, it probably will be.