As of right now, Ridley Scott’s All the Money in the World is best known as That Movie That Had Kevin Spacey In It But Doesn’t, Anymore.  Scott hopes to change that narrative and those efforts began with that very decision – the decision to completely remove Spacey from the finished film and replace him with Christopher Plummer as J. Paul Getty.  After all, had he not done so, the film would be known as That Movie With Kevin Spacey In it That Nobody Feels Comfortable Seeing and Will Die a Very Quick Death.  So, Scott reshot all of Spacey’s scenes with Plummer (whom I personally prefer, anyway), Sony reworked all of their marketing material, and now the world has a completely respectable, Spacey-free All the Money in the World.  But will the film be remembered based upon its own merits or for the Spacey debacle?

From my perspective, Ridley Scott has always been a mixed bag.  For all of his name value, I find he has mostly made films that I would describe as “pretty good” or “okay” with only a few that I would consider truly great.  All the Money in the World falls somewhere in between, closer to being great than merely okay. 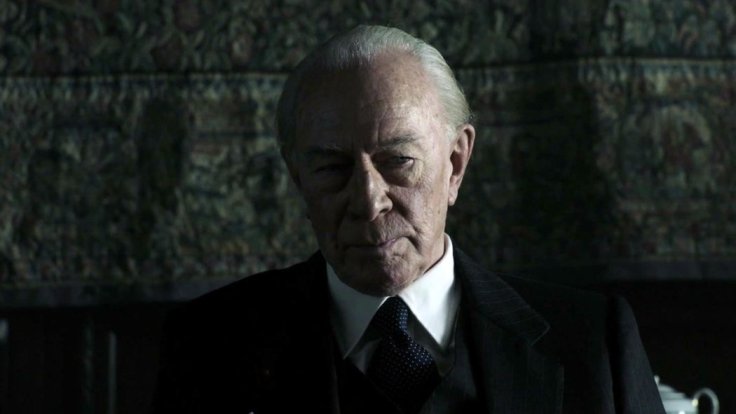 For the unaware, the film is inspired by the true story of the 1973 kidnapping and attempted recovery of John Paul Getty III (Charlie Plummer), the teenaged grandson of world-renowned oil tycoon J. Paul Getty.  When the kidnappers demand a healthy ransom be paid, Getty – then the richest person who had ever existed – refuses to pay it, leaving the attempts to reclaim Paul in the hands of Paul’s mother Gail (Michelle Williams) and Getty’s head of security, ex-C.I.A. agent Fletcher Chase (Mark Wahlberg).  The film, itself, acknowledges that certain aspects are altered for the purposes of filmmaking (Vanity Fair breaks it all down here but beware of clicking, of course, as the entire film, from beginning to end, is spoiled in the article), but the core of the film is reflective of the actual events that transpired over thirty years ago.

The film gets off to a questionable start with the kidnapping scene, which unfolds in a way that is more akin to what one would expect to see in a comedy, not a prestige drama.  But after that, things significantly improve.  The narrative is unquestionably compelling with the drama of the events being heightened by the thought that the situation could theoretically be resolved if not for the frugality and heartlessness of the victim’s own grandfather.  Getty has more than enough money to cover the ransom but refuses.  Yes, it’s true that paying ransoms and negotiating  with criminals isn’t typically the way to go, as that approach requires gifting the criminals with some degree of trust.  But long after it’s clear that Getty could be of great use in recovering his grandson, he still stubbornly resists, always with an excuse at the ready.

At first, the replacement of Spacey with Plummer was somewhat distracting for me.  I couldn’t help but try to imagine how Spacey would have been delivering Getty’s lines or what his mannerisms would have been.  But that’s my own fault.  Besides that, Andrew Buchan, who was cast to play Getty’s son, is essentially the spitting image of Spacey – looking, moving, and sounding very much as Spacey does.  Scott made the right call for his film, everyone involved in his film, and Spacey’s alleged victims to replace Spacey in the film, but replacing Buchan would not have been the right call.  So, we have a J. Paul Getty II who doesn’t exactly come across as his father’s son.  But so be it.  There’s nothing that could have fairly been done about it.

But Scott also made the right call because Plummer is simply a better fit for the role.  As I was picturing Spacey in the part, it was falling flat in my mind.  Plummer is more appropriately aged, is more proficient at exuding warmth (as Getty often pretends to do), and has a versatility that I’ve never seen from Spacey that adds an extra layer to the role.  It’s no surprise that Plummer has earned a Golden Globe nomination for this performance.

Nor is it surprising that Michelle Williams has, as well.  Williams has quietly become one of my favorite performers in Hollywood – so quietly that I wasn’t even aware of it until I was thinking about it, earlier this week.  She shines in every role she receives (I maintain that she was robbed of the Oscar for her performance as Marilyn Monroe in My Week with Marilyn) and this one is no exception.  Williams’s performance is real and authentic, voicing and exuding all of the complex emotions that come with Gail’s unfortunate helplessness in the face of her missing son.  Wahlberg doesn’t get as much opportunity to show off as Williams and Plummer do, but he holds his own, as well, functioning as the audience surrogate and the voice of the viewer.

The longer the film goes on, however, the more Scott seems to stretch it out.  As with Downsizing, the film is a little longer than it needs to be, and could have been shortened by about fifteen minutes without losing any of the pertinent plot points or character development.  Scott’s build makes the climax seem inevitably near when, in actuality, there are still a few more twists and turns that lie ahead.  With tighter editing, the flow would be improved and the film would finish a little higher on my Best of 2017 list.

Despite that, the film never becomes taxing.  The three leads and the engaging plot work together to keep the audience engaged in what is ultimately a thrilling tale, less because of the kidnapping and more so due to the complexity of the human mind.  It’s incredible to realize what some people will (or won’t) do and getting what one needs from others can be tricky, even when the circumstances should suggest otherwise.  All the Money in the World is less about a kidnapping and more about a three-way chess match between a terrified mother, money-hungry criminals, and the man who straddles both worlds.  Scott handles the film nicely and provides the strong, quality adult entertainment that so many crave.