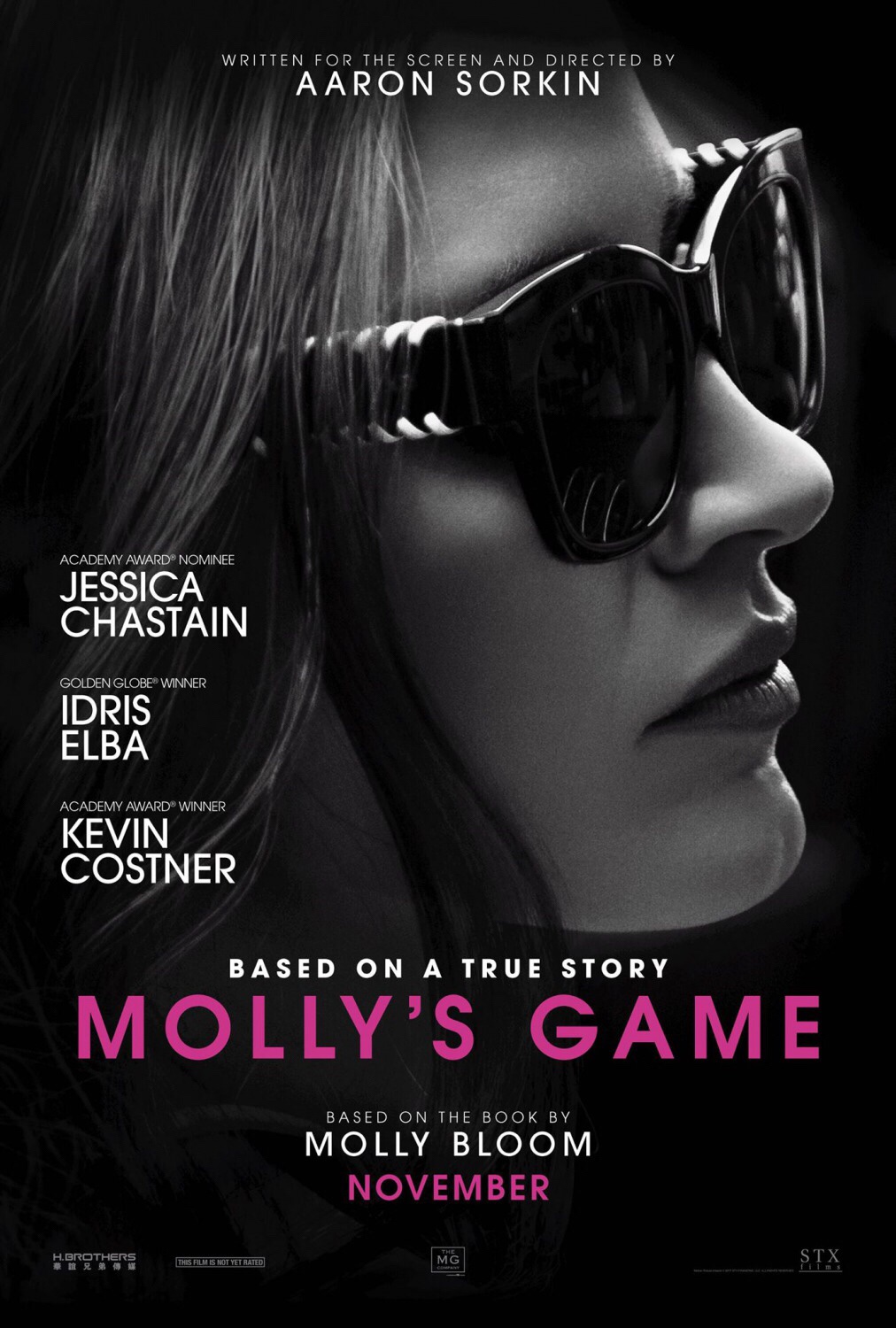 It seems odd to say it, but Molly’s Game is the first directorial effort from longtime writer-producer Aaron Sorkin.  Known for his sharp dialogue and boardroom thrillers, Sorkin makes the jump to directing to helm this film based on the book of the same name by the titular Molly Bloom.  He does so with the dynamite Jessica Chastain in tow.  Chastain had much awards buzz last year due to her performance in Miss Sloane, but little came of it, likely because of the political leanings of that film.  She has similar buzz for her performance in this particular movie, and it’s little wonder why.

Molly’s Game follows world-class freestyle skier and Molly Bloom as she decides to infiltrate and dominate the world of high-stakes poker after by running poker games after stumbling upon her own natural aptitude for manipulation and money management. She becomes so successful that she attracts the attention of the Federal Bureau of Investigation and must rely on her own wits and that of her legal counsel Charlie Jaffrey (Idris Elba) to circumvent the consequences of all of her years spent playing with fire. 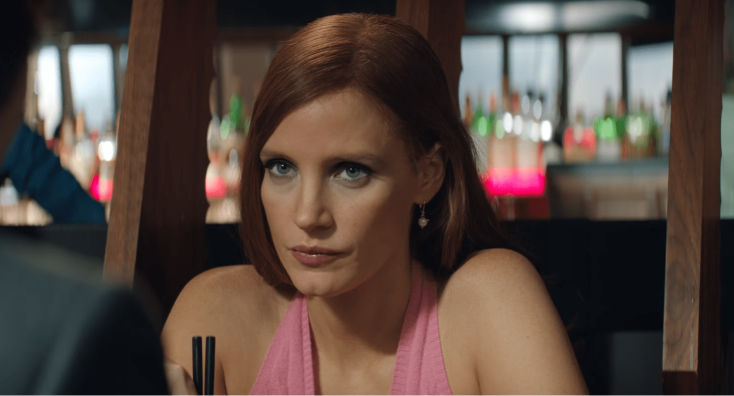 I’m just going to jump right to the point and declare that Chastain gives my favorite performance of the year as Molly. Completely up to the task of keeping pace with Sorkin’s hypersonic, fast-talking script, Chastain dazzles, sizzles, and charms. Bloom quickly learns to use all of her assets, whether they be mental or physical, to her advantage in her efforts to make a relatively easy fortune for herself and to do so legally (so, why the F.B.I., then? Sorry, no spoilers!). Chastain is the perfect fit for the role as she combines intelligence and beauty into one package that’s simply too much for her marks to overcome. Chastain’s range is on full display as well, and she takes full control of the film, owning every scene and giving an equally irresistible and unforgettable turn.

Though the film belongs to Chastain, her primary supporting cast earn high praise, as well. Elba is supremely charismatic as her squeaky-clean lawyer, Charlie Jaffrey. Said lawyer’s parenting techniques remind Molly of her own father, portrayed with depth and eloquence by Kevin Costner. Costner doesn’t have much screen time but remains a constant presence throughout the film. And when he gets an opportunity to truly shine, he doesn’t waste it, and uses it to completely change the perception of his character over the course of only a few minutes. Elba also gets his moment, so neither talent is wasted. 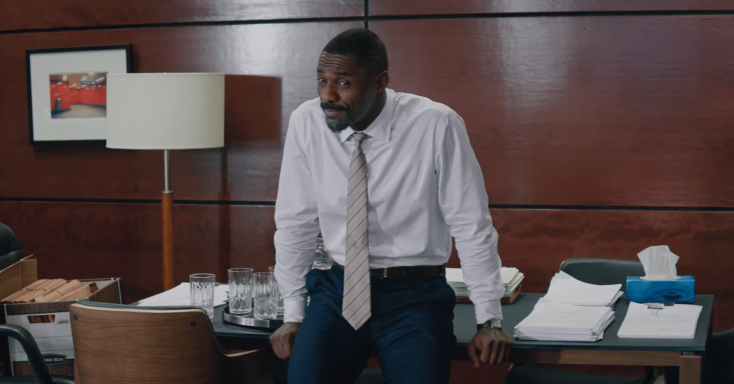 Sorkin’s script is very much trademark Aaron Sorkin. The dialogue is clever, funny, unpredictable, relevant and always interesting. This isn’t a film in which the viewer can zone out, even momentarily. Every line adds to the overall experience, whether it be through entertainment value or information.

And it’s no surprise that Sorkin’s directorial debut is a strong one. He has studied and learned from the best, after all. The film is nonstop adult entertainment from start to finish. Unlike Downsizing and All the Money in the World, it never once begins to drag, despite actually being longer than both of those films. 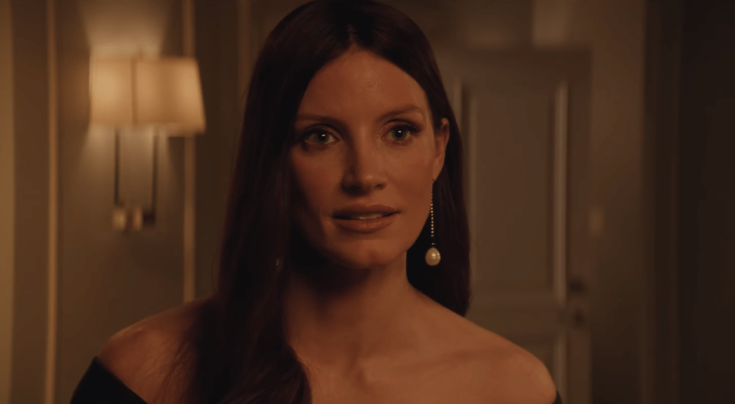 The film is also somewhat socially appropriate as so many powerful men have recently been in the news for using their positions to take advantage of others. Here, Molly flips the script and takes those very same men down a peg and she does it so efficiently that they aren’t even aware of it.

Sorkin understands not only filmmaking but audiences, as well, and masterfully uses his knowledge of the former to consistently engage and entertain the latter. However, even a writer-director with his abilities can’t do it alone. Luckily, with Chastain, Elba, and Costner on board, there are absolutely no weak points in Molly’s Game. With Sorkin’s script and direction alongside Chastain’s powerful screen presence, Molly’s Game is a timely whirlwind of a movie sure to please more discerning audiences and film lovers everywhere.