It’s hard to believe that another year has passed us by.  As I did, last year, I’ll be doing a series of Best Of lists for 2017, starting with this one.  Others will roll out as I continue to see the remaining films that are still expanding out across the country.  But, there are no 2017 horror movies left, so this one is once again up first!  Some of the lists will cover the same topics as last year.  I may do some new ones, as well.  Once again, all will culminate in the  multi-part Top 25 Films of the Year list!  So, away we go!  (For fun, here is last year’s list

The Top Five Horror Movies of 2017

To be clear, these lists are entirely subjective.  These are my personal favorites, not necessarily the “best”.  The criteria are my own, and I will offer a brief explanation as to why each film made the cut.  Let’s get started with . . .

Annabelle: Creation represented not only a significant financial improvement upon its predecessors, but also a massive creative improvement.  Annabelle was the breakout character from the original Conjuring film and with this film has spawned two movies of her own, set in the same universe.  While the first of the two was a rather immemorable, paint-by-numbers affair, Creation went out of its way to develop sympathetic characters for the audience to fear for while also spending time adding to the legend and mythology of the title character, herself.  While still exhibiting nothing near the level of excellence of The Conjuring or its sequel (the greatest horror sequel ever made), Creation is a worthy addition to and expansion of the franchise that manages to give audiences what they expecting while also having some surprises in store.  (Original review.) 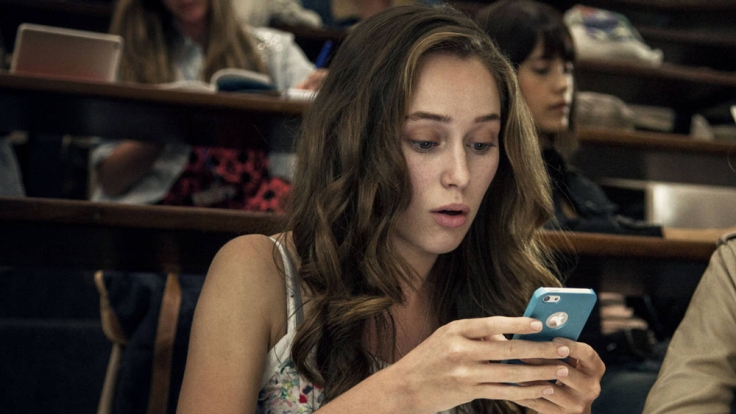 Speaking of surprises, here’s one!  Remember Friend Request?  Probably not, as not many people saw it.  The marketing did the film little favors, positioning it as a forgettable clone of 2014’s Unfriended, but with a more charismatic star in Alycia Debnam-Carey.  While the films shared some commonalities, Friend Request manages to find its own identity through some clever and unexpected plot elements.  The horror speaks for itself, as what’s more terrifying than social media, right?  Debnam-Carey also helps to elevate the production and craft it into one of 2017’s hidden horror gems.  (Original review.)

Jordan Peele’s Get Out was the first buzzy horror film of 2017 (though I’m not quite counting Split as horror).  Folding scares and horror tropes into modern social commentary on the black experience provided viewers with a unique experience and plenty to talk about on the ride home.  The film is still making its presence felt as star Daniel Kaluuya has earned a Golden Globe nomination for his performance and the film is up for Best Picture at the same ceremony under the . . . uh . . . Comedy or Musical category.  Yeah, don’t look at me, folks.  Still, the film is neither a comedy nor a musical and earns its horror label, though maybe not quite as much as other films due to splitting its attention between that and its message.  That’s fine, artistically speaking, but knocks it down a notch if we’re talking pure traditional horror.  (Original review.)

2017 wasn’t done with horror surprises, as Happy Death Day was the biggest of them all.  I expected very little from this horror take on Groundhog Day, but what I got was a smart, fun horror movie that knew better than to take itself and its premise too seriously.  It’s obvious that all involved in the production were having a blast, and so were audiences as the film earned a worldwide cume of just under $115 million on a $4.8 million budget.  Happy Death Day, indeed!  (Original review.) 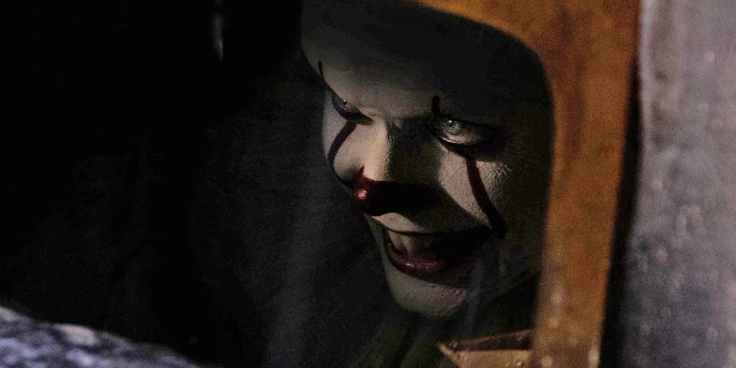 Come on, this was obvious, wasn’t it?  I can hear all of the self-professed tough guys out there, right now: “It wasn’t even scary!  I wasn’t scared!”  Well, la di da.  If only you spoke for everyone.  Truth be told, my overfamiliarity with the story kept me from being too scared, myself, but that certainly wasn’t true for everyone.  And even if I wasn’t shaking in my boots (shoes.  I don’t even own boots.) out of fear, I certainly was due to excitement.  Bill Skarsgård gave an iconic performance as Pennywise and Andy Muschietti’s heartfelt direction demonstrated true love for the property.  The second part can’t come soon enough.  (Original review.)