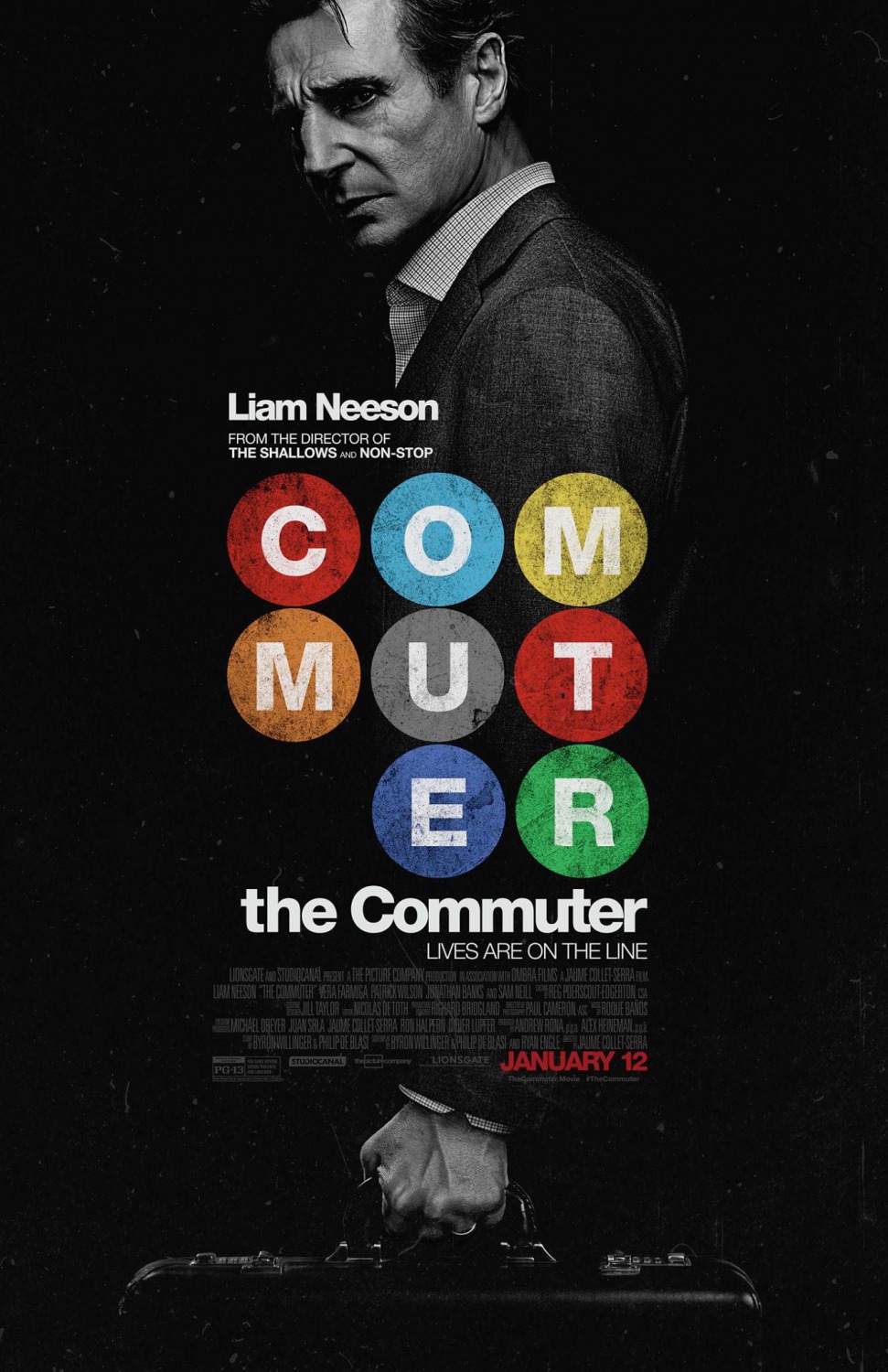 Has anyone played the same exact character archetype with the regularity and consistency of Liam Neeson?  This time, he reunites with director Jaume Collet-Serra (who won me over entirely with this underrated 2016 gem) as they are joined by The Conjuring alumnae Vera Farmiga and Patrick Wilson for The Commuter, an action-thriller set upon a commuter train.  Neeson has fallen into a very comfortable niche as the hard-nailed tough guy willing to sacrifice his own well-being for the benefit of literally anyone else, whether it be his own family or a bunch of strangers.  In The Commuter, it’s both but, as clichéd as this type of role has become for Neeson, the film still has plenty of fun and thrills to offer.

Without giving too much away (I’ll stick to what’s revealed in the trailer), The Commuter centers on Neeson’s character of Michael MacCauley as he is approached with an offer by the mysterious Joanna (Farmiga) as he is riding the commuter train home following a particularly trying day.  Joanna informs Michael that someone on the train doesn’t belong, as they have something that isn’t theirs.  If he is able to identify that person for her before the target departs the train, Michael will be rewarded with $100,000. 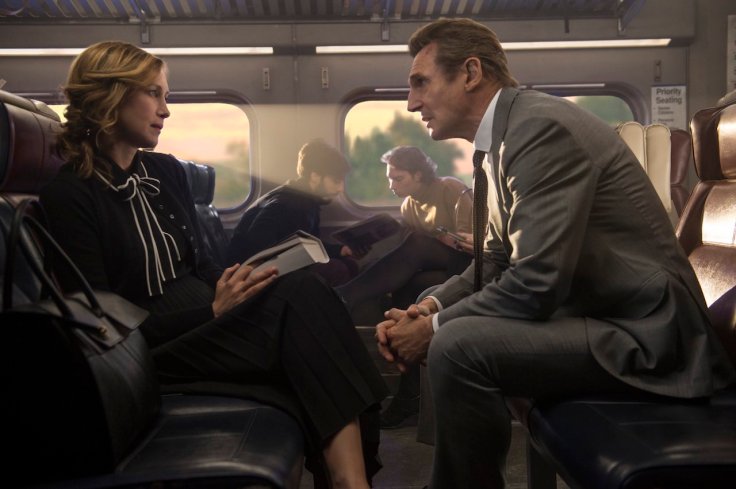 It should be clear to anyone who is both vaguely aware of their surroundings and in possession of the ability to form long- and short-term memories that this kind of film is right up Neeson’s alley.  He’s naturally at complete ease in the role and, though we’ve seen this same character and same basic performance from him many times, it never really gets old, does it?  I would imagine that Neeson himself would love a high-profile opportunity to demonstrate the range that he obviously possesses, but it can’t be a horrible thing to be able to make so much money in such an effortless and presumably enjoyable fashion.  Neeson delivers exactly what you’re looking for, so don’t worry about that.

Vera Farmiga’s Joanna doesn’t get much screen time but she devours the few minutes she is afforded.  However, even though we don’t see much of her, Joanna has a constant presence throughout the film and Farmiga makes an excellent villain.  She’s very relaxed and confident, but also firm and commanding.  She knows she’s in control and she knows how to get what she wants.  The rest of the supporting cast (including the aforementioned Wilson and the always-welcome Sam Neill) carry their own weight, with some getting more of a spotlight than others.  One in particular (who I will refrain from specifying in order to avoid potential spoilers) really jumps at their chance and makes quite an impression with only one truly meaty scene.  Nobody in the film is positioned to be Margot Robbie in I, Tonya or Jessica Chastain in Molly’s Game but everyone combines their talents into a group effort that elevates the overall product.

As an moviegoing experience, The Commuter delivers.  In fact, for me personally, it exceeded my expectations.  I believe the main reason for that is the marketing.  I already had somewhat lofty expectations because the picture is directed by Collet-Serra, but the marketing sold it as an action-thriller with a hint of mystery.  I find generic action films to be rather tired without anything else to offer, so that made me a bit wary.  Knowing Collet-Serra was helming the film gave me hope that there was more to it than mindless action, however, and there is.  Rather than being a straightforward action film, the majority of the narrative focuses on the mystery unfolding around Michael.

It actually plays out much like a high-octane, contemporized Murder on the Orient Express.  One primary difference is that the focus remains on Michael and, much like real life where we see the same faces day in and day out as we go about our daily routines of hitting the gym or the subway or the grocery store, we mostly only know the other passengers by their faces and general demeanor.  Collet-Serra does an excellent job of making each of our suspects distinctive and memorable.  Each stands out so that when they later resurface, no effort is necessary to recall them from before.  I’ve seen many other filmmakers struggle with this sort of thing (many general audiences still don’t know who Maria Hill is from the Marvel Cinematic Universe), so this seemingly simple accomplishment actually speaks highly for Collet-Serra’s instincts as a filmmaker.

Speaking more specifically of Collet-Serra, not many people know his name, quite yet, but he’s establishing a reputation for himself as a consistent, reliable craftsman of action-suspense-thrillers.  With Non-Stop, Orphan, and The Shallows already on his résumé, in The Commuter he offers an endlessly entertaining and suspenseful crowd-pleaser that effectively builds to a satisfying and exciting conclusion.  Bits of the film may be predictable, but each story beat moves sensibly to the next and there are still some surprises to be had along the way.  Those who watch without engaging their brains may blow the movie off as more of the same from Neeson.  But for those who are paying attention, there is much more going on than just that.

The bottom line is that Jaume Collet-Serra’s The Commuter will provide the viewer with whatever it is they’re hoping to find within the film, whether it be mystery, suspense, action, Neeson being Neeson, Farmiga stealing scenes, or unexpected performances from little-known members of the cast.  There is no effort from anyone involved to provide anything outside of a fun escape from reality, which is actually quite refreshing among all of the Oscar bait that has been swamping me with all of said reality, lately (as enjoyable as many of those films have been).  This isn’t about subtextual societal commentaries or emotionally uplifting think pieces.  It’s just a good, old-fashioned fun time at the movies.