Any business venture is a risk, and that doesn’t preclude the movie industry.  There are virtually no guarantees that any one particular film will be a financial success.  Generally speaking, most people assume that if the movie is good, then people will show up to see it, but that is absolutely not true.  Many great films fail to make a profit, for one reason or another.  The films in this list fall under the umbrella of great films that audiences rejected.  Besides being great, though, they are also original, and audiences still refused to reward them with success, despite constant cries of how Hollywood is supposedly out of ideas.  (This column that I wrote on this unfortunate chronic hypocrisy in American audiences touched a nerve and is still my second-most-read post in Movie March history.)

5. Battle of the Sexes 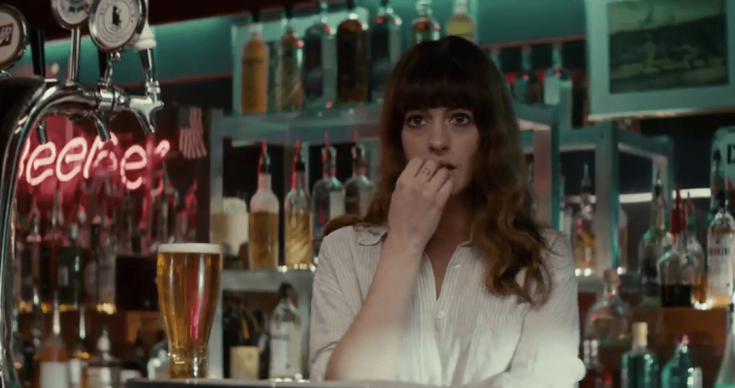 Come on, folks.  I understand that this one had a limited theater count and, for some of you, I’ll accept that.  But chances are good you were all at most an hour away from a theater carrying Colossal – and most of you were closer than that.  This is an intelligent action-dramedy starring Anne Hathaway and Jason Sudeikis about a giant monster wrecking Seoul, South Korea!  A GIANT MONSTER!  This film has brains, heart, charm, laughs, and special effects.  And don’t say you haven’t heard of it because I posted a review that almost everyone ignored.  Nope!  We!  Are in!  A fight!  If you want to begin patching things up, here’s a second chance to not ignore my review!  (Original review.)

3. Valerian and the City of a Thousand Planets

Okay, for this one, you can’t even use the “it wasn’t close to me” excuse.  Valerian and the City of a Thousand Planets (which admittedly should have been titled in such a way that Cara Delevingne’s Laureline received shared top billing) played everywhere.  It was a massive atomic explosion of a science-fiction thriller unlike anything that had come along in a very long time – if ever.  And it was great!  It looked amazing, the leads were charismatic and engaging, the action was over-the-top, inventive, and exciting, the character designs were delightful, and the film did all of the important things right.  But people didn’t see it simply because they hadn’t heard of it before.  So much for desiring “originality.”  Enjoy your future sequels and remakes.  (Original review.)

Ingrid Goes West was not only the single best movie about modern society’s obsession with social media to come along to date, but one of the best films of the entire year.  Elizabeth Olsen is great as always, O’Shea Jackson, Jr., nearly steals every scene he’s in, and Aubrey Plaza gives the best performance of her career as the three of them alternate between making us laugh and making us shake our fists at them in frustration.  The film serves as a mirror that shows us our own unflattering reflection while offering us some advice in fixing the problem as we move forward.  But you didn’t think about all of that until the film was over because you were be too busy being entertained.  At least, if you saw the film, at all.  Which you didn’t.  (Original review.)

There are a number of possible reasons why Darren Aronofsky’s mother! failed at the box office (that sounds really weird out of context).  General audiences like to revolt against the more knowledgeable critics, who mostly lauded the film, so maybe that was it.  They also tend to resent overwhelming success and have begun to turn on Jennifer Lawrence, so perhaps that contributed.  Most likely, it’s because the movie was explicitly . . . original.  But that’s not the word audiences use when they’re finally faced with an original Hollywood film like they constantly ask for.  No, the word they use is “weird”.  And, yes, Darren Aronofsky’s mother! is unequivocally, scrumptiously, undeniably weird.  It’s also supremely intelligent.  And enlighteningly thought-provoking.  And flawlessly performed.  And beautifully shot.  And deeply unsettling.  And uncomfortably on point. Darren Aronofsky’s mother! is a stark reminder of our own inner demons and how we often bring them upon ourselves.  And Darren Aronofsky’s mother!, like any good mother, demands more of us than we demand of ourselves, including (but not limited to) intelligence, patience, self-awareness, empathy, understanding, and open-mindedness.  But those without open-mindedness wouldn’t know.  Because they didn’t see it.  (Original review.)

Okay, I’m glad I got that out.  I guess I still love you all (except for one of you.  You know who you are.  Unless you don’t.  . . ..  Discuss.).  But, wow, I wish you’d let me lead you by the hand a bit more often.  You might enjoy the experience.  You might not.  But you’ll at least grow a little bit as a moviegoer by expanding your horizons.  Every one of these films are now available to watch at home.  Give them a try.  Step outside of your comfort zone.

More Year in Review columns are on the way.  I’m kind of waiting on next week’s Oscar nominations to do most of them – certainly the Top 25 of the Year.  I want to see as many nominees as possible, so that list might not come until February.  Until then, I’ll keep doing my regular thing.  I hope you keep clicking and sharing!  Thanks for reading!