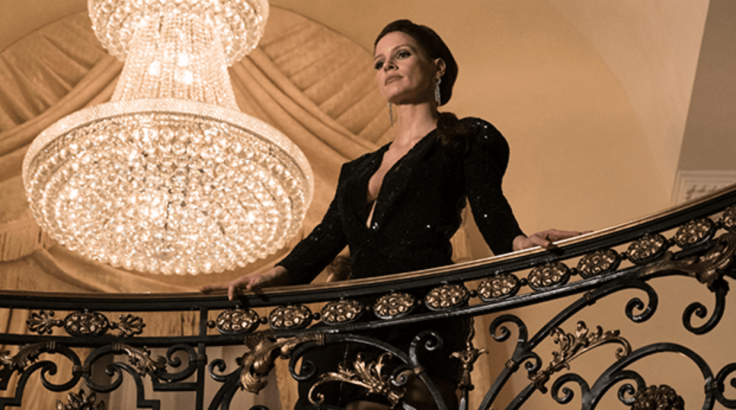 I’ve been talking about Molly’s Game quite a bit, lately, and with good reason.  In Aaron Sorkin’s directorial debut, he crafted an entertaining, exciting, witty, charming, surprising, powerful, and memorable work that hits the ground running (or skiing, as the case may be) and never lets up.  Sorkin’s ace in the hole is the emphatic performance of his lead Jessica Chastain, who grabs the audience by the throat and demands their full attention.  She has a story to tell and she ensures that the viewer has a blast listening.  I know I sure did.  (Original review.)

If one were to go out and ask anyone on the street over the age of 30 if they know what happened between Tonya Harding and Nancy Kerrigan, they would almost certainly claim to.  But everybody thinks they know the story.  But director Craig Gillespie wasn’t content with asking people on the street; he went straight to the source.  Or, at least, he went straight to one of the sources: Tonya Harding, herself.  Freely admitting in an opening scrawl that the veracity of the events can be called into question when considering their source, the film then proceeds to give Harding her chance to tell her side of the tale.  And Margot Robbie – not Harding – then proceeds to convince you that it just might be true.  Regardless of who actually wins any given award, no one will talk me out of my stance that Robbie gave the best performance of the year in this film – male or female.  She charms, she annoys, she entertains, she engages . . . and she persuades.  Robbie believes (as is her job) and therefore the viewer believes.  Throw in Gillespie’s inventive filming techniques and I, Tonya becomes an easy top-five film of 2017.  (Original review.) 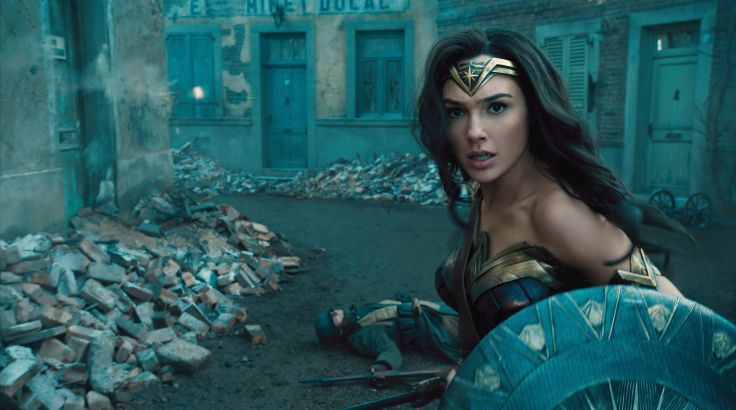 At this point, I don’t know what more I can say about Patty Jenkins’s Wonder Woman.  The film had it all: action, performances, humor, diversity, freshness, and – most importantly – inspiration.  And that’s what made Wonder Woman so special.  Women could find inspiration in the strong female representation.  In addition to that, everyone could find inspiration in Wonder Woman’s resolve and determination to always do the right thing for everyone, everywhere, every time.  Diana of Themyscira represents hope for absolutely everyone who believes in what’s good and what’s right.  Wonder Woman is my favorite solo comic book movie of all-time and with good reason.  I’m actually grateful to the film and everyone involved in it for helping me to believe, again.  (Original review.)

Speaking of movies about which I had plenty to say, that was never more true for a film than it was after I first saw Darren Aronofsky’s mother!.  It took a while to compose my thoughts but, once I did, they simply didn’t want to stop!  That’s highly appropriate, though, considering that the film was very much the same way.  Once it starts, it kicks into one gear after another, constantly escalating until it barrels through all traditional film conventions and dares to establish its own identity and make its own bold statement.  Repeated viewings are rewarded with additional insight into the subtext, as well, which is always appreciated.  Jennifer Lawrence absolutely destroys her role with her best performance, yet, and one of the best of the year, while Aronofsky challenges the viewer to become an independent thinker and question what they may have been spoon-fed throughout their entire lives.  Entertaining, shocking, thought-provoking, masterfully constructed, provocative, and wildly entertaining, Darren Aronofsky’s mother! is almost my favorite film of the year.  (Original review.  And see me skewer the Razzies here.)

Martin McDonagh’s Three Billboards outside Ebbing, Missouri is my favorite film of 2017 for a multitude of reasons but, to be concise, it’s simply a masterpiece.  The film is a deeply moving and involving revenge thriller unlike any revenge thriller that’s come before.  In this instance, the character vying for revenge, Frances McDormand’s Mildred, is seeking it the legal way, rather than as a vigilante.  Or, at least, she is, initially.  The entire narrative feels gritty, believable, and both heartbreaking and heartwarming as complex characters waver, do good things, make awful decisions, feel remorse, feel justified, and simply behave like actual people who don’t know how to cope with an unimaginable tragedy.  The events that Mildred has been forced to endure are the kinds of things that always happen to other people.  Not you.  Never you.  But what if it was you.  What would you do?  How would you handle it?  Would you retain your soul or lose yourself entirely?  Mildred is always teetering on the edge – walking that fine line.  She is surrounded by an outstanding cast of supporting characters and actors, but Three Billboards is Mildred’s story.  And, in this day and age, it’s a story that could happen to any of us.  (Original review.)

And there it is!  Looking at that top five, it’s pretty clear that women ruled Hollywood in 2017, putting out and taking the leads in great film after great film.  Hopefully the trend will continue into 2018, but all we can do is wait and see.  I’ll be there along the way and I hope you join me!