Here’s something weird and funny about me: I was a nine-year-old kid who absolutely loved “Moonlighting”. For those who might be unfamiliar, “Moonlighting” was the television detective show that gave Bruce Willis his start in Hollywood as he starred alongside Cybill Shepherd as a pair of private investigators while they shared five seasons of both comedic and dramatic hijinks and one of television’s most memorable will-they-won’t-they relationships. I suppose I was a sophisticated nine-year-old. I’ve had a bit of a soft spot for Bruce Willis ever since and, while I haven’t seen every single one of his films, I always enjoy it when he pops up in a new role.

In this case, he’s popping up in a new version of an old role, slipping into the part of Paul Kersey, which had been previously inhabited by Charles Bronson in the original 1974 Death Wish. (Oh, hey, here’s something else that’s funny. When my sister and I were little – she was probably four or five – she inexplicably mailed our great aunt Esther a picture of Charles Bronson. I don’t understand it, I never will, no one ever has, and that’s what makes it so great.) That original version of the ultimate revenge story eventually spawned four sequels and a reputation that maintains itself through today. But if anyone could assume the role of Paul Kersey and measure up to Bronson’s iconic performance, it would be Bruce Willis.

If you ask me (and you’re here, so I assume that’s what you’re doing), Death Wish is not the way to make a comeback. The film is essentially the Bizarro Annihilation, with no attempt at any sort of intellectualism or subtext, which in and of itself is perfectly fine. The story is straightforward enough, as Willis’s Kersey decides to become a vengeful vigilante after his wife and daughter are assaulted during a break-in. 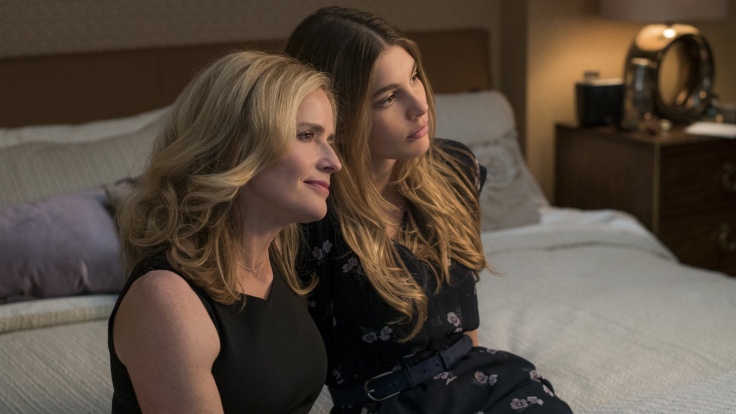 The film mostly starts out well enough. The only major issue that plagues the film during the first act has to do with Kersey. Willis’s Kersey is a surgeon and with Willis in the role – as much as I like him – it’s just hard to buy. It’s not necessarily Willis’s fault, though. The fact is that the character isn’t presented as someone who could believably be a surgeon. His speech patterns and vocabulary don’t reflect someone with that level of education nor does his general appearance. I can understand how Roth would want audiences to get the Bruce Willis they’re expecting, but as a filmmaker, there’s a middle ground that Roth is responsible for finding and he simply has no interest in doing so.

Other than that, the film is fine until Kersey makes the decision to take the law into his own hands. In an effort to be timely and possibly poignant, the film then drags the gun control debate into the proceedings but it’s difficult to be poignant without committing to a stance, which Roth does not, henceforth wasting the viewer’s time.

Regardless of which side of that particular issue one falls, anyone with a single iota of common sense can agree that one cannot efficiently or effectively use guns without thorough and constant training. I’m a good driver because I was trained to drive by an expert and I have since done it nearly every day. I’m a master of mathematics because I was trained by experts and have since used it almost every day. One can’t be proficient with a gun without being trained by an expert and then practicing nearly every day. Yet, Kersey is out and about like he’s the Punisher, despite literally never using a gun before this story begins. This sort of thing only reinforces the idea that any Yosemite Sam can be a Rambo, and that’s not a great idea in the current climate.

The problems don’t end there. Once Kersey starts enacting his brand of justice, the film labels him as a heroic “white guy in a hoodie”. I wish I was making that up. In this climate, I don’t know who thought it was a great idea to do that after African-Americans have been vilified by so many just for wearing hoodies. No matter who the idea originated with, it’s ultimately Roth’s fault for allowing it in his film. I’m not suggesting that Roth is attempting to make a statement here, but it’s a monumentally tone deaf inclusion for a 2018 film. 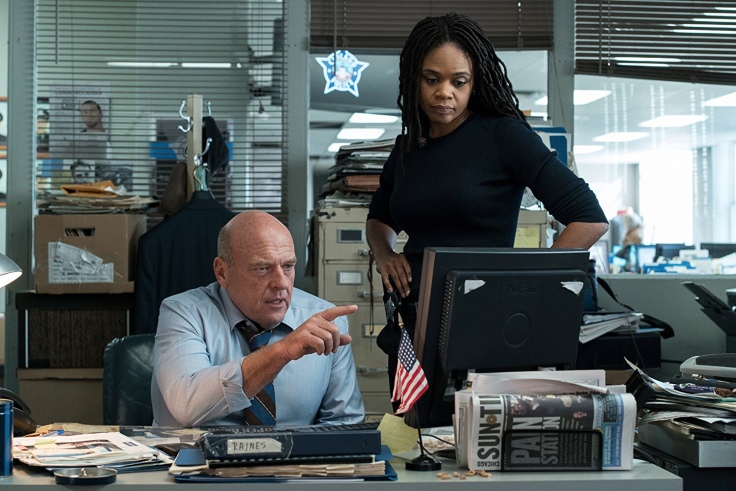 It continues. The progression of the narrative as well as Kersey’s quest for revenge are only accomplished by a series of massive coincidences, irrationalities, and logical fallacies. On top of that, the action scenes escalate to the point that they reach the level of a Road Runner/Wile E. Coyote battle. We come within one fake painted train tunnel of having Porky Pig tell us folks that that’s all, right before the credits roll. Characters that should be smart aren’t. Really, nothing goes right. The writing is simply atrocious with no attention being paid to how real people actually think and behave, even though the film supposedly takes place in the real world.

The film isn’t as bad as The 15:17 to Paris. After all, there is a little good in Death Wish. The cast is fine (except for one single scene where Willis suddenly slips into a deep New York accent for no apparent reason), the pace is brisk enough to keep the movie from ever getting boring, and the production values are high. But the bad far outweighs anything the film has to offer. I didn’t want or need a deep, introspective film; I just wanted something that made sense and didn’t do anything offensive. So much for that.