As far as A Wrinkle in Time is concerned, I’m a complete noob.  I’ve not seen any previous adaptations, I’ve not read Madeleine L’Engle’s novel, and I’ve never even met someone else who was enthusiastic and/or familiar enough with the property to initiate a conversation with me about it.  I went into this screening knowing only what I’ve seen in the trailers and television spots for this, Ava DuVernay’s 2018 adaptation.  Hey, one can’t be into everything.  And that made it fun for me, on some level, because I sat down not really knowing what to expect and having absolutely no preconceived notions or expectations based on a standing fandom.  Often, that’s the best.  But it didn’t help so much, in this case.

For those who are as unfamiliar as I was as recently as a few hours ago, A Wrinkle in Time tells the story of a young girl by the name of Meg (Storm Reid.  How cool is it to be named “Storm”, am I right?) who is hoping for the return of her missing father (Chris Pine).  When three magical . . . um . . . we’ll say faeries, I guess? (Oprah Winfrey, Reese Witherspoon, and Mindy Kaling) . . . arrive with a plan to assist Meg in locating him, Meg, her brother Charles Wallace (Deric McCabe), and her friend Calvin (Levi Miller) join the three magical women on a journey to locate Meg’s father and return him home to Meg, her brother, and her mother (the underrated and underappreciated Gugu Mbatha-Raw).

Prior to this film, Ava DuVernay’s highest profile project as a director was 2014’s Selma.  That was a fine film but also a very different film.  Creating a culturally significant drama based on important historical events is in many ways much easier than creating a world of imagination from scratch for a big-budget spectacle meant to be mass-market, four-quadrant entertainment.  DuVernay gives it her best, and does a respectable job, but her inexperience also shows in certain key areas.

The primary issues with the film lie in its editing and script.  Or maybe it’s just in the editing and the script was actually fine.  It’s impossible to tell.  What’s for certain is that the responsibility ultimately lies with DuVernay.  And with the recent movement for increased inclusion in filmmaking, it’s hard to be so critical of a blockbuster-hopeful directed by an African-American woman, but I suppose it is what it is. 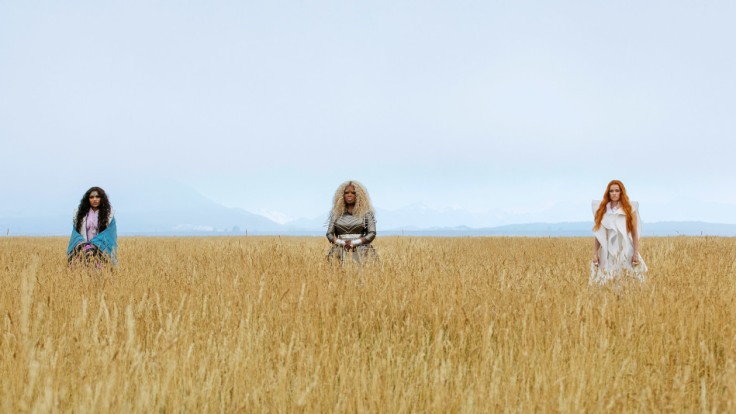 There are just so many events that occur in the film with little to no rationale that I was taken out of the picture easily and often.  Sometimes these events were narrative in nature but, most of the time, they had more to do with authentic characterization.  For example, some pretty incredible events are unfolding around people who are as normal as you and I, yet they react to them with a huge collective shrug of the shoulders.  Magical beings are just popping up inside of houses, time and space are being bent (or wrinkled), people are transforming into creatures and all the humans have to say is essentially, “Huh.  Look at that.”   They ask the wrong questions, they behave in irrational ways, and it all derails much of the film right from the outset.

This is supposed to be a tale of magic and wonder.  Yet, the audience is never sold the idea that any of it is supposed to actually be magical or wonderful.  Something just feels like it’s missing.  So, I don’t know if it’s the script that fails to properly assess and reflect the normal human reactions to having these experiences or if DuVernay trimmed the wrong lines, shots, and/or scenes and left them on the cutting room floor.  But even if the script wasn’t tight enough, DuVernay should have recognized it and adjusted.  But she doesn’t, and it’s an issue that plagues the film for the majority of its runtime.  Seeing as how laidback and low-key the story is, the discerning viewer needs accessible and relatable protagonists in order to remain engaged with the film.  Without that, it’s certainly a struggle, as it is here.

It’s not all bad news.  The film looks great, with spectacular production design and visual effects, though much of that is subtle and of a more passive nature.  The dialogue, if existing in a vacuum, is sufficient and passable; it’s not until taken in context that it becomes questionable at best and head-scratching at its worst.  And the cast is tremendous, with several of them managing to squeeze heartfelt performances out amidst the distracting material.  However, unlike Alicia Vikander in Tomb Raider (read the first review of that ANYWHERE, right here), none of them get the opportunity to outright elevate the film through their performances.  But they do collectively manage to keep it afloat.  And, finally, the film has a nice message, even if it feels shoehorned into the proceedings.

What this all amounts to is that A Wrinkle in Time is frustratingly mediocre, at best.  I was anxiously awaiting being swept away on a grand adventure and, technically, I suppose that happened.  But I was questioning so much as it went along that I couldn’t really enjoy myself all that much.  Maybe this is one of those films that’s best suited for fans of the source material only?  I can’t say, myself.  If you’ve been looking forward to this one, go on out and see it.  I hope you enjoy it more than I did and I hope it does well for itself.  But I’ll be throwing my money behind another viewing of Tomb Raider and let the rest of you do the heavy lifting on this one.