It was a busy weekend and I have a lot of catching up to do (with more busy weekends, ahead.  How will I ever manage to catch Isle of Dogs?!).  The catching up begins with this comedy from first-time director Kay Cannon.  Following a trio of parents who are determined to keep their children from losing their respective virginities on prom night, the film did rather well over the weekend, pulling in over $20 million against some tough competition in the form of John Krasinski’s A Quiet Place (find that review here).

The timing of this release is curious for me as I just passed the one-year anniversary of being blocked, myself, by Spencer Wilding – the very man who wore the Darth Vader suit in Rogue One: A Star Wars Story.  (You know you want to read – or reread – it.  You can do that by clicking here.)  Of course, being a movie, this is a different situation.  Here, the poor souls being blocked are female.  And high-schoolers.  And fictional, so no lives were actually ruined forever, thank you very much, Spencer.

But you didn’t come here to hear about that.  (Unless you did, in which case, click the link above.)  I’m always a little skeptical about mainstream comedies since, as I’ve said many times (almost every time I review a comedy), humor is relative and rarely hits every unique funny bone it targets.  More often than not, the attempts at humor shoot for the broadest, safest audience they can justify and come off flat, derivative, and just plain unfunny.  Generally speaking, the funniest movies in recent years have been low-penetration independent films that aren’t marketed as pure comedy, instead presenting as a dramedy and then surprising those who show up with more laughs than expected.

But, with Blockers, 2018 now has two genuinely funny comedies that also work as strong movies underneath the surface (alongside Game Night).  We’ll get to that in a moment but, yes, Blockers is genuinely fresh, original, and funny.  As the parents, Leslie Mann, John Cena, and Ike Barinholtz are all comfortably within their wheelhouses.  Mann and Barinholtz both have strong comedy resumes and anyone who has watched John Cena in WWE over the last sixteen (!) years knows that he has a natural sense of comedic timing and delivery.  He’s had some smaller movie roles, such as in Amy Schumer’s Trainwreck and alongside Will Ferrell and Mark Wahlberg in Daddy’s Home, but this is his biggest role, so far, and he handles it like a (sixteen-time) champ.

But the adults don’t carry the movie alone; the teens (particularly the trio of girls played by Kathryn Newton, Geraldine Viswanathan, and Ramona Young) not only hold their own, but they also bring their own brand of humor to the proceedings.  The parents are designed to be laughed at, while the teens are designed to be laughed with.  All succeed handily.  The funniest parts of the film are held back for the movie, itself, rather than being spoiled in the marketing.  So, there is plenty to look forward to when sitting down to view the picture.

Yet, as I suggested earlier, there is an unexpected depth to the film that functions on several different levels.  The humor, itself, serves a purpose that might easily go overlooked if one isn’t paying attention.  This subject matter can be very touchy in certain cultures and American culture is likely the biggest culprit, often being guilty of treating sex as something that’s bad and/or taboo.  By tackling the topic in such a sensitive and respectful way, and doing so from a comedic perspective, a weight is lifted off of the matter as well as the audience.  Sex is commonly treated as something controversial and scandalous when, in actuality, it’s natural, normal, and nearly all of us are wired to want it.  Cannon makes sex a safe topic for discussion without being overly crude, thereby crafting an unusually mature picture for an unsuspecting audience.

Beyond that, the film works most obviously as a coming of age story, but from a strictly sexual perspective.  These girls aren’t necessarily out to find a boyfriend; they just want to have sex on prom night.  This is a refreshing take in the face of a society that too frequently vilifies women for even wanting – much less having – sex.  Here, Cannon makes the point that women wanting sex is just as natural and normal as men wanting sex.  The girls have reached the age where exploring their sexuality is not only desired but also a good idea.  They’re simply living their lives and discovering more about themselves.

Along the way, their parents are moving emotionally backwards.  Despite obviously having explored their own sexuality in their earlier days, all logic and reason is abandoned when they become aware of their children doing the same.  In response, the adults behave far more immaturely than their offspring, rationalizing their behavior to themselves and each other as being rooted in the love and concern they feel for their kids.  In reality, their choices are informed by their insecurities and fears at losing their children once their children have grown up.  It’s hard to let go of those whom you want to hold the closest. 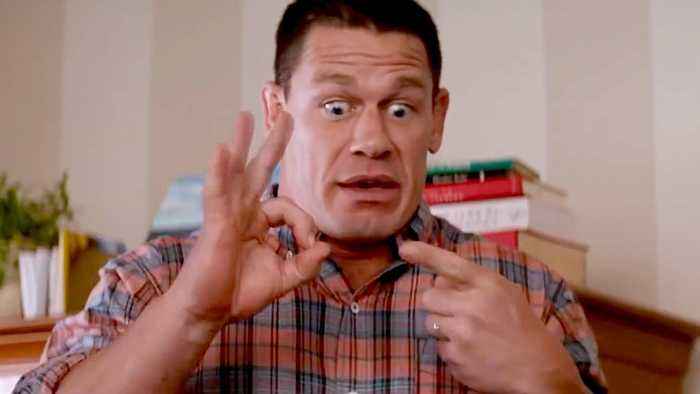 As the narrative progresses, it becomes clear that the parents have lost touch with themselves over the years as they have been raising their kids and have in actuality let go of many other aspects of their lives.  They have forgotten that the tree of life has many branches and children, while perhaps the strongest and most important branch, are still just one single branch.  Their narrative is seeded in the rediscovery of the non-parent sides of themselves – the sides that allow them to relax, cut loose, and cease trying to control everything and everyone around them.

There are no villains in this story.  The teens aren’t presented as bad for wanting to have this experience.  The adults aren’t presented as bad for having an understandable – if ultimately misguided – emotional reaction to their discovery regarding their children’s maturation.  Blockers is an unexpectedly poignant story about six people who genuinely care about each other but must each come to terms with the individuality of the others.  And, to top it off, it’s a funny story, as well.  I didn’t see it coming, but – surprise, surprise! –  Blockers is an instant comedy classic that will stand the test of time and be accessible and relevant for generations to come.