Blumhouse has become a staple in the world of horror movies, producing many of the more popular releases of the last decade.  Their latest is the high-concept Truth or Dare from director Jeff Wadlow (Kick Ass 2 ).  Blumhouse has done much to push the horror genre forward by bringing revolutionary ideas and/or perspectives to the table such as found-footage horror with the Paranormal Activity franchise, political horror with The Purge and its follow-ups (with a new installment coming soon.  In the meantime, here’s my review of The Purge: Election Year), and social media horror (is there any other kind of social media?) with Unfriended.  Whether half-focused viewers are aware enough to recognize it or not, Blumhouse productions has contributed a lot to horror since 2009 and with Truth or Dare, they don’t quite hit another home run, but I’ll give them a solid double.

I always say that good horror is best kept simple.  For Truth or Dare, Wadlow takes a concept that isn’t so simple and, to his credit, makes it feel simple.  When a group of friends convince college student Olivia (Lucy Hale, “Pretty Little Liars”) to nix her spring break plans with Habitat for Humanity and instead travel with them to Mexico, the coeds find themselves among some Mexican ruins playing a simple game of truth or dare.  Once they return home, they discover that the game has somehow followed them, demanding that they choose between truth or dare and then killing them if they refuse the resulting request. 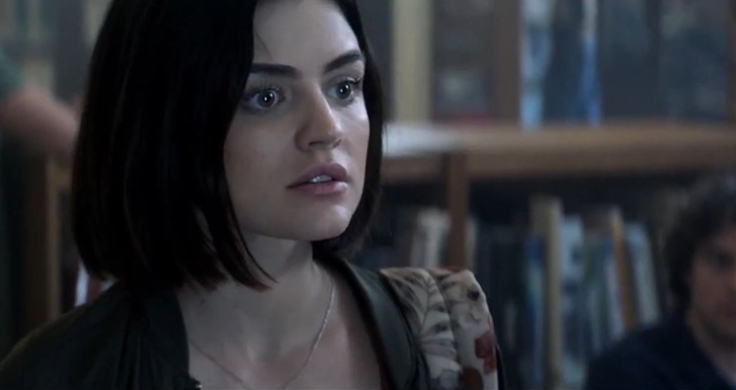 Narratively, the movie is slightly reminiscent of my all-time favorite horror film The Ring (that #ThrowbackThursday post can be found here) and much more reminiscent of another Blumhouse production in the form of 2014’s 13 Sins, which also seemed to inspire 2016’s Emma Roberts/Dave Franco vehicle Nerve (and that review is right here).  It’s not entirely original in terms of the pure concept, but it’s original in its twist on said concept and it’s also an idea that hasn’t been done so much that it feels like it’s been fully explored in previous films.

Blumhouse has mastered atmospheric horror and Truth or Dare is no exception.  From the creepy faces of the gamemaster-of-the-moment to the tension in the moments that give birth to each new challenge to the suspense of the consequences when the challenges fail to be met, the mood and fear are solid, if not quite all-encompassing.  But there’s unquestionably a guilty pleasure in seeing what the malevolent force running this game has in store for each character when their next turn comes around. 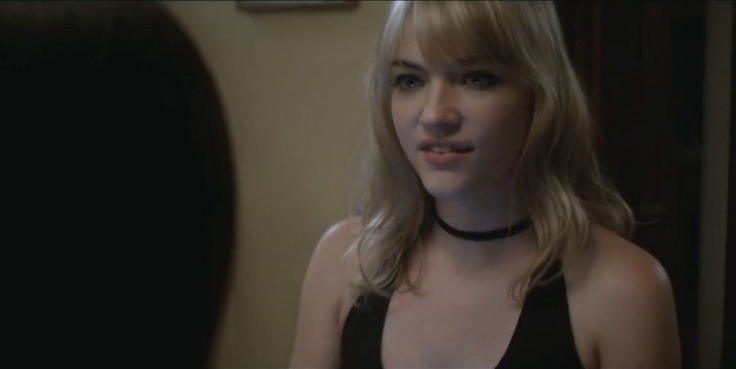 The characters are actually a credit to the film, as is the cast who portrays them.  Some of them are tired horror film stereotypes, but others receive true development – especially Hale’s Olivia and Violett Beane’s (“The Flash”) Markie.  Their relationship is thoroughly fleshed out and, even though Hale is technically the lead, Beane gets the best material to work with and even has the opportunity to show off her deeper talent and range as poor Markie suffers more emotional distress than anyone else in the film.  Those sorts of layers aren’t always necessary for a horror film, but they’re always appreciated and Wadlow was fortunate to have a cast that could take advantage of their opportunity to shine and to elevate the film.

Working against the film, however, is its clichéd structure.  Even with a somewhat fresh premise, we still have the group of friends who find themselves dying off, one by one (in oft-entertaining fashion), who must solve the mystery as to why it’s happening, and then complete a contrived ritual to bring it to an end.  There is plenty of fun and surprises along the way, but I do wish that the basic structure of the narrative would have been as inventive as the core concept.

The bottom line is that Truth or Dare is creative enough to be entertaining, paced well enough to be engaging, well-written enough to be invested in, but also just derivative enough to be largely forgettable. Wadlow and his team bring plenty to the table and it’s a mostly tasty meal but it’s similar enough to meals we’ve been served before that it can’t truly stand out from or above the rest. It’s easily above average and doesn’t deserve the beating it’s taking from critics but it’s not likely to end up on many Top Ten lists when it’s all said and done. All told, it’s a fun, if ultimately unremarkable, time at the movies.