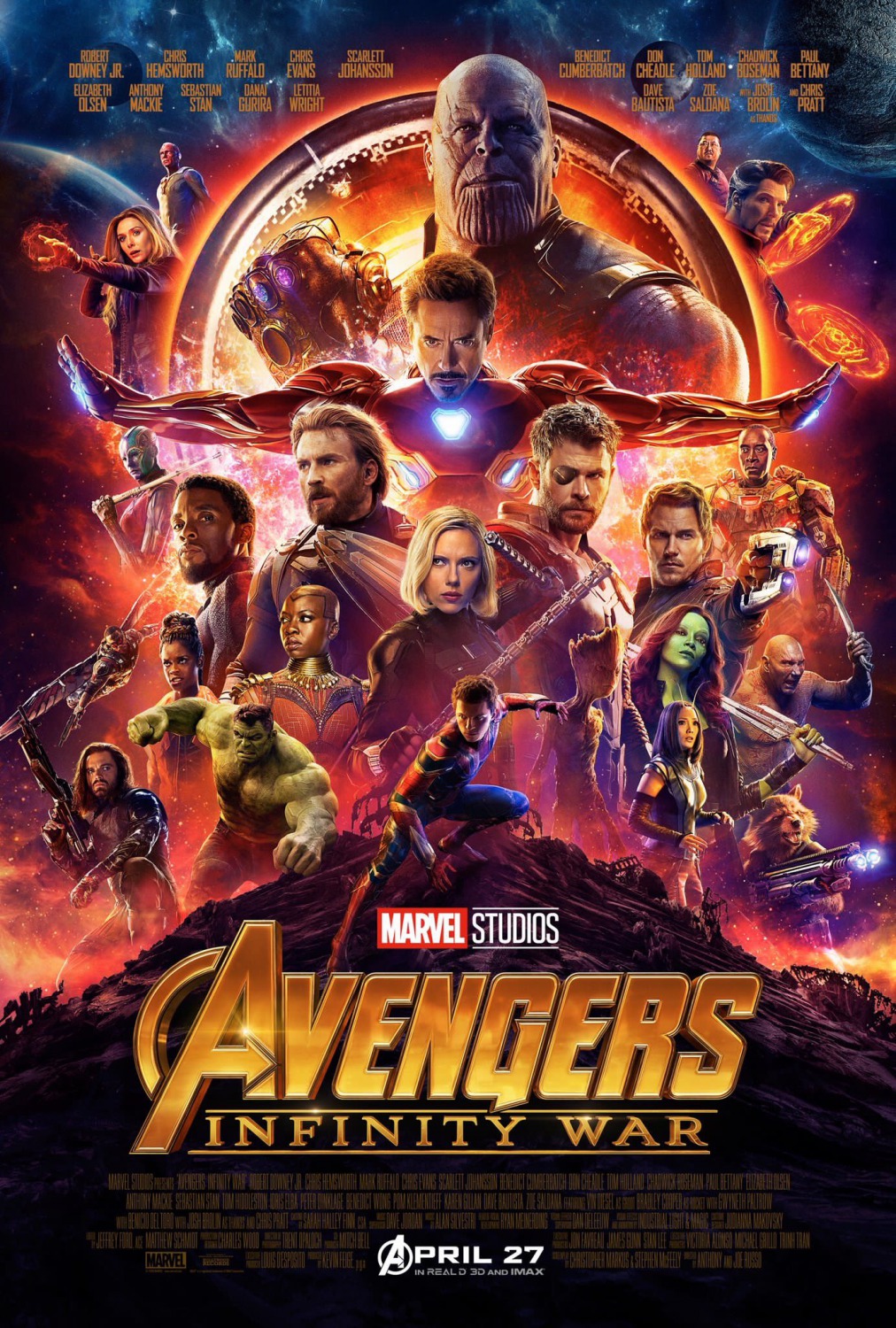 Here we are.  We have arrived at one of the most anticipated films of all-time, if not the single most-anticipated.  Ten years ago, the Marvel Cinematic Universe began with Iron Man.  Over the course of the next four years, Marvel Studios built to what, at the time, we thought was their end game – The Avengers.  But then, during that film’s mid-credits scene, we saw the mastermind behind the events of the film: Thanos.  We then came to understand that Marvel had a much longer game in mind than we previously envisioned – especially once the next Avengers film was announced as Age of Ultron, with no mention of Thanos or anything Thanos-related.  After eighteen films of world-building, we have finally arrived at this, the nineteenth film in the MCU, the Russo Brothers’ Avengers: Infinity War.  This is not just a film.  This is a cultural event.

I have to say that, as often as my childhood self envisioned one day seeing a film such as this one, it’s not exactly what I pictured.  I imagined a big barnburner of a film (Secret Wars was the big event I always had in mind for a theatrical adaptation) in which it was obvious what would end up happening: all the heroes win and the day is saved and that’s that.  The fun would exist entirely in experiencing the journey on the way to that foregone conclusion: the characters, their interactions, mindblowing action, and so on.  But Marvel has crafted their MCU in such a way that there are no foregone conclusions heading into this weekend.  Everyone seemingly believes that they know what will happen, but no one actually does.  I sure didn’t.  And without even considering anything else, that alone makes Infinity War more than I ever could have dreamed. 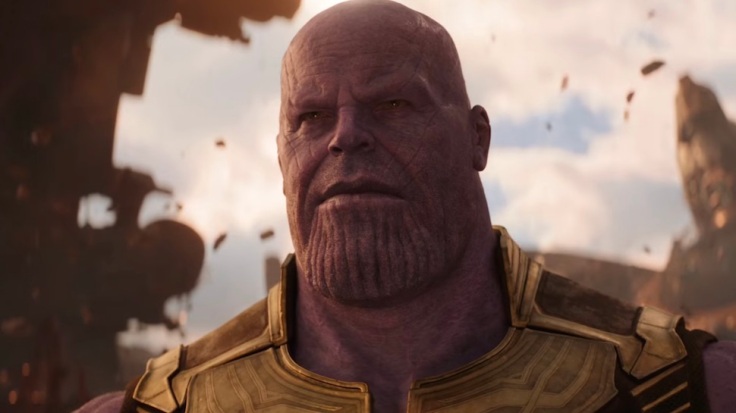 I will not go into any of the events of the film.  That would rob those of you who haven’t seen it yet of all the fun.  Instead, I’ll give my general impressions, starting with Thanos.  Thanos is the biggest, baddest, and best movie villain of all-time.  It’s not even close.  Sorry, Star Wars geeks.  I love the Star Wars movies, too, but Thanos makes Darth Vader look like one of Infinity War star Elizabeth Olsen’s older sisters.  All of those who have (foolishly) whined that the MCU has a “villain problem” can kindly find something else to whine about (and they will.  They always do.).  Thanos is the end-all, be-all of villainy.  He can’t be topped in the future, so Marvel will have to focus on being different, rather than being bigger.

But that’s not a problem, as Marvel does different better than anyone.  They tackle so many varied genres, character types, action sequences, arcs, and so on, and Infinity War continues that trend.  After building the characters and story through eighteen previous films, this one allows everything to explode from the beginning and never let up.  Someone who may have insanely never seen any of the previous films can follow the narrative and will get a clear picture of who each character is, but for the rest of us – the majority of us – we don’t need any further world building.  It’s time for the payoff.  And Infinity War is a 150-minute payoff.  A very bold, gutsy payoff. 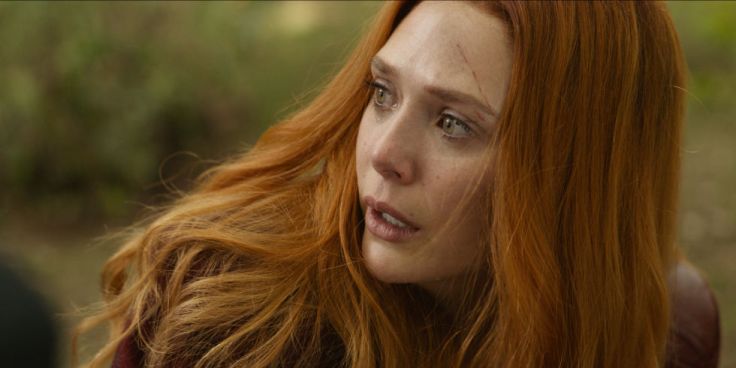 Marvel tosses all the rules out the window in this film.  Well, except for one.  I still would have preferred that the film be more succinctly titled Marvel’s Infinity War rather than Avengers: Infinity War.  I understand why it wasn’t; casual audiences need that Avengers brand identification to have a clearer picture regarding what they are about to see but, make no mistake, this is Marvel Comics: The Movie (minus the X-Men, the Fantastic Four, and a few others, but just roll with me, here).  All of the characters receive equal attention, whether they are technically Avengers or not.

Casual moviegoers who have become Marvel fans over the last ten years will be thrilled and they’ll be shocked.  The film is unquestionably a full-bore adrenaline rush – a crazy bonanza of insanity – from beginning to end.  There’s never been a film like this in any sense.  There’s never been a film with this scale, this ambition, this execution, this impressive a cast, this level of courage, that was this unapologetic, this self-assured, or this imaginative.  Whether you’re new to Marvel or not, it’s impossible to avoid an appreciation of what plays out on-screen, unless you’re just determined to from the moment your butt hits the seat.

But for anyone like me – anyone with a deep, long-standing connection to these characters and this universe – this is a gift from the cinematic gods.  There were several moments throughout the film where I truly, actually became teary-eyed simply because I felt such joy at seeing this film being realized in live-action on the big screen.  These weren’t even necessarily designed to be emotional moments.  But for practically my whole life, I had imagined seeing a Marvel crossover event film where characters from different books (or movies, as the case may be) all appeared and interacted and served a narrative purpose.  And I never imagined it was actually possible.  Even being able to mentally prepare for it over the last number of years, I wasn’t actually prepared.  Seeing Hulk, Spider-Man, Captain America, the Guardians of the Galaxy, Doctor Strange, Scarlet Witch, and so on all together, doing their thing, and shining for the whole world to see just made me unexpectedly emotional.  If you call yourself a fan of this world and you can’t find joy in this film, then you’re taking life far too seriously for your own good.  Stop.  Smile.  Be grateful.  It doesn’t get better than this.

My crowd had a blast at Infinity War.  There were audible gasps, cheers, applause, laughs (enough that I missed being able to hear some lines) and every other reaction that Joe and Anthony Russo aimed to elicit from their viewers.  Virtually every year, a small, low-budget film full of artistic sensibilities and craftsmanship wins Best Picture and usually deservedly so.  But it’s with films like Infinity War that true movie magic happens.  Imagination is great.  Seeing it with one’s own eyes is far, far better.  The stronger your attachment to these characters, the more of an impact this film will have on you.  But no matter where one falls on that spectrum, Infinity War delivers on all levels to a degree that I frankly thought was impossible.  I told a friend of mine (and then the local news, who stopped me on my way out of the theater) that, on a scale of one to ten, Infinity War is a 125.  I stand by that.  Nothing has ever approached it as a combination of spectacle, gravitas, and pure escapism.  Don’t miss out on this.  Join us.  Our very existence depends upon our unity.