Though Drew Pearce has a couple of significant writing credits on his résumé, having his name on the scripts for both Iron Man 3 and Mission Impossible: Rogue Nation, Hotel Artemis marks his debut as a feature film director (in addition to writing the screenplay).  And what a debut to have, landing Jodie Foster (The Silence of the Lambs), Jeff Goldblum (Jurassic Park), Dave Bautista (Guardians of the Galaxy), Sterling K. Brown (Black Panther), Sofia Boutella (The Mummy), and more, allowing his film to step up to the plate and challenge Ocean’s 8 for the right to lay claim to the strongest ensemble cast of this weekend’s theatrical debuts.  Another common link shared by Hotel Artemis and Ocean’s 8 is the fact that both casts of characters are made up entirely of the criminal element, challenging audiences to find something relatable and endearing among a bunch of ne’er-do-wells.  Like Ocean’s 8, Hotel Artemis mostly succeeds in that regard, even if something else seems to be sacrificed along the way.

It’s June of 2028 and it’s now been 22 years since the Nurse (Foster) founded Hotel Artemis, a Los Angeles hospital exclusively for criminals.  In order to keep her operation running smoothly, the Nurse has established a strict set of rules and those rules have yet to fail her.  She is confident in her work and herself, and it shows as she smooth-talks, outwits, and out-maneuvers those who challenge her system.  She has earned her confidence.  However, it’s appropriate that this film also stars Jeff Goldblum, because when the Chaos Theory so famously discussed by his character of Ian Malcolm in Jurassic Park comes into play, the Nurse finds her operation – and her entire way of life – in danger of crashing down around her ears. 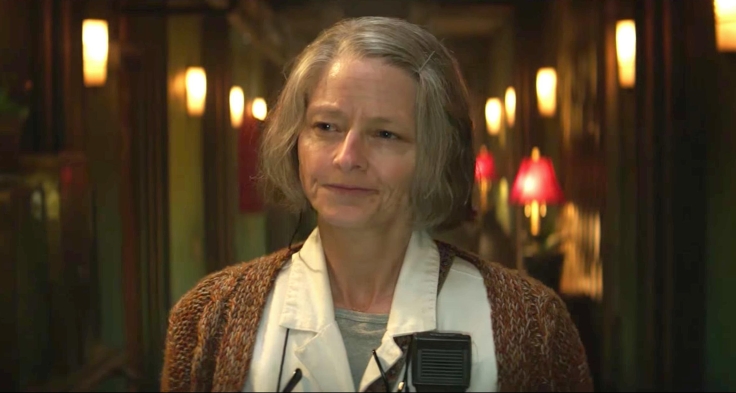 I actually found the Jurassic Park comparison increasingly appropriate, the longer the film played on.  Foster’s Nurse is very much analogous to Richard Attenborough’s Jurassic Park character, John Hammond.  Hammond, inspired by his flea circus as a child, conceived and then built Jurassic Park, under the illusion that he could maintain control of his volatile setup through a strict set of rules.  Here, the Nurse is the same.  The criminals that she cares for are equivalent to Hammond’s dinosaurs and the Nurse truly believes that she can maintain control of each of the elements at play for as long as she desires.  After all, so far, she’s been able to do just that.

Foster clearly enjoys the part – her first in a feature film since 2013’s Elysium.  It’s a different role for her, allowing her to show audiences sides of her we haven’t seen before.  Foster even allows the production to significantly age her, which is commendable in a business where people exert every effort they can to appear as if they’re perpetually in their thirties.  Foster is picky with her film roles and she makes the most of this one, delivering a nuanced and entertaining performance and ensuring that the Nurse will be a memorable character for any who see the film. 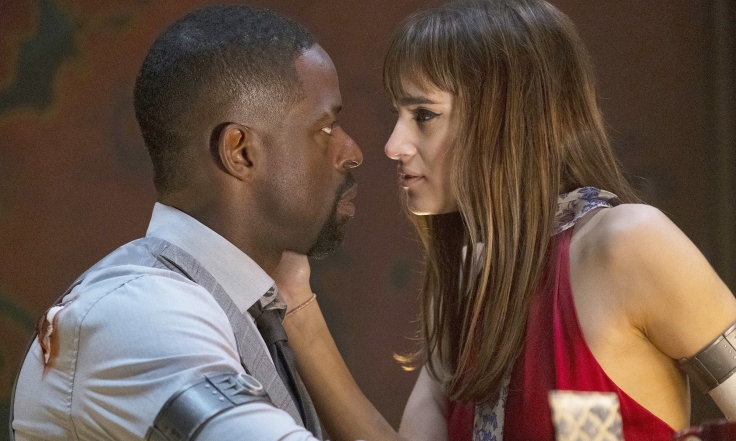 Sofia Boutella has slowly been winning me over with each performance.  She was the best thing about 2017’s version of The Mummy.  She managed to hold her own when face-to-face with the dynamic Charlize Theron in Atomic Blonde.  And, here, as the contract killer known only as Nice (pronounced “niece”), she’s easily the coolest character and almost manages to steal the show.  Perhaps it’s just too easy of a formula: hire a young and buzzy actress, put her in a dress, let her kick ass.  Most everyone then either wants to be her or wants to be with her.  But it only works if the actress can pull it off, and Boutella does.  Again.  She seems destined to follow in the footsteps of her Atomic Blonde costar and become a mainstream action heroine, given the time and continued opportunity.

I also want to talk about Dave Bautista.  When he was cast as Drax in Marvel’s Guardians of the Galaxy, he was mocked, laughed at, and dismissed by leagues of the wrestling fans for whom he sacrificed his body for years in order to entertain.  And, like Boutella, he almost stole the show.  Taking a similar path as did Dwayne Johnson and John Cena from wrestling to the movies, he has arguably found as much success as both, if not more.  One point that I find inarguable is that he has chosen more prestigious roles and not simply taken the easiest path, and it’s paid off.  He’s respected by the industry and viewers alike and already has a body of work that he can be proud of.  Hotel Artemis only adds to that body as he is relentlessly entertaining and endearing as Everest, the Nurse’s personal muscle.  Everest takes his work seriously and only wants to help.  His personality is in direct contrast to his appearance – much like the real-life Bautista, who is unexpectedly soft-spoken and humble.  Bautista makes it work and stands beside the film’s other, more established Hollywood talent to elevate each moment of the film in which he finds himself and make sure he earns his paycheck. 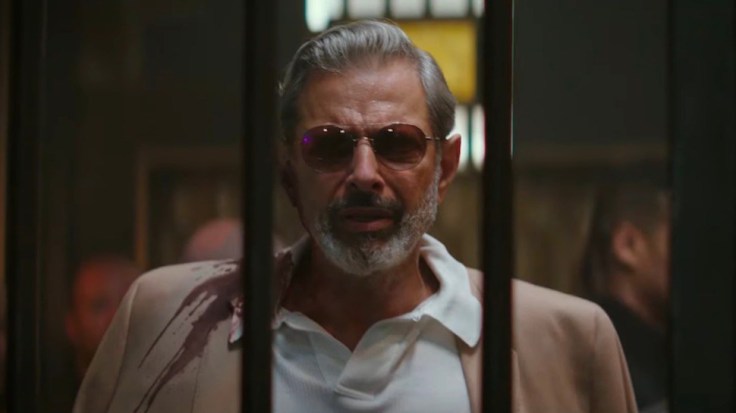 If I had one issue with the film it’s that there isn’t enough time spent with any of the characters to become truly invested in their individual arcs.  I enjoyed each character.  I enjoyed each performance.  I was consistently having a good time.  But I never felt emotionally engaged, despite some tremendous acting – particularly from Foster.  The film barely cracks the 90-minute mark – and without credits, it falls short of even that.  So, it moves quickly.  It might be a little too quick considering how much is going on and how many characters are involved.  Or, maybe it was just my own personal state-of-mind, though I didn’t feel like I was in a bad mood, or anything.  Of course, perhaps it came down to what I referenced earlier: the characters are all criminals, so it’s hard to connect with them.  Regardless, I wanted to feel what the characters were feeling, but, unfortunately, I just didn’t.

But that doesn’t mean I didn’t like the film.  Maybe I didn’t like it quite as much as I would have, had I been able to find that emotional connection, but Hotel Artemis is still a raucous, stylish, enjoyable, innovative film that stands out from its competition as something unlike anything else in the current marketplace.  The cast, alone, makes it worth the journey, as Foster makes a rare appearance to show us something different, Bautista manages to make Everest the most outright likeable character in the story, and Boutella continues to make a name for herself as a bad-ass action star and appears just on the brink of breaking out.  Anyone who enjoys apocalyptic science-fiction, charismatic performances, or just something unique will find plenty to enjoy in Hotel Artemis.