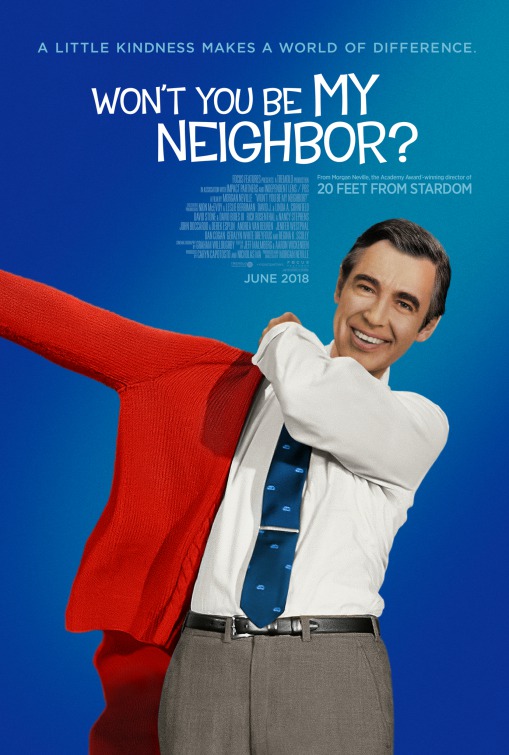 I feel a little ridiculous even typing up a review for Morgan Neville’s Fred Rogers documentary Won’t You Be My Neighbor?.  After all, what we have here is a biography about probably the greatest human being to ever live using actual footage and making us all realize just how inadequate we are as we attempt to be productive members of society.  So, yeah, how do you think the movie is? It’s effective, emotional, touching, and exorbitantly relevant.

But I’m also not really sure how to review a documentary.  This is my first time attempting to do so.  There are no actors.  There’s no plot.  There’s no script – at least not in the traditional sense.  But even without the tenets of the more customary filmmaking process, there is still a story.  There is still a star.  And there is still an experience. And Won’t You Be My Neighbor? provides as genuine a film-going experience as one is likely to undertake.

For those of you who are unfortunately young enough to have missed out on what Fred Rogers contributed to the world, my words can’t do him justice.  A large part of my childhood consisted of the Public Broadcasting System: PBS.  PBS is still around, of course, but when I was barely old enough to form memories, it was essentially one of four channels, along with NBC, CBS, and ABC (forgive me if I’m forgetting any, but this was definitely pre-FOX).  PBS is a non-profit American television broadcaster specializing in educational programming and is reliant upon independent funding.  Today, with the exception of “Downton Abbey”, PBS is often lost in the shuffle of the hundreds of television offerings we are spoiled by, in modern times.  But, back then, I spent much time with PBS, watching shows such as “The Electric Company”, “3-2-1 Contact”, “Square One” (where I learned a lot of math, so thanks for that!), “Sesame Street”, and, naturally, “Mister Rogers’ Neighborhood”.

“Mister Rogers’ Neighborhood” was the brainchild of Fred Rogers, an ordained minister and native of Pittsburgh, Pennsylvania. Rogers had a genuine affection for children and felt, not erroneously, that they were often misunderstood and overlooked.  He wanted to use television as a means of communication with children.  His goal was to help them understand and achieve a form of compatibility with the very adult world around them.

Rogers saw things from a child’s perspective and helped them to answer the questions they didn’t even know to ask.  He would discuss the topics that everyone else was afraid to broach with a child: death, divorce, illness, intolerance, and so on.  I watched him throughout my early childhood but, for me, the most memorable episode (and this should be no surprise to friends or regular readers) was when he paid a visit to the set of CBS’s “The Incredible Hulk” television show.  He spoke to Bill Bixby and he spoke to Lou Ferrigno in full Hulk makeup and prosthetics.  This, folks, was my first behind-the-scenes look at the filmmaking process.  And it also drove home the fact that, as cool as the Hulk is, he’s make-believe and, should I see a bear in the woods, I shouldn’t attempt to pick it up and toss it across the forest.

“Mister Rogers’ Neighborhood” was not Fred Rogers’s only program, even if it’s what he’ll be mostly remembered for.  But the film focuses on all of his efforts, both in front of and behind the camera, to help children and even adults feel more comfortable in their own skin and in the world around them.  There are piles of clips from his shows and fun behind-the-scenes footage, as well. We get to see him single-handedly talk $20 million in funding for PBS out of the resolute Senator John Pastore.  We see footage of Rogers brainstorming his ideas for his eventually-iconic television show.  And we get palpable evidence of the effect he had on all whose lives he touched, no matter the capacity. 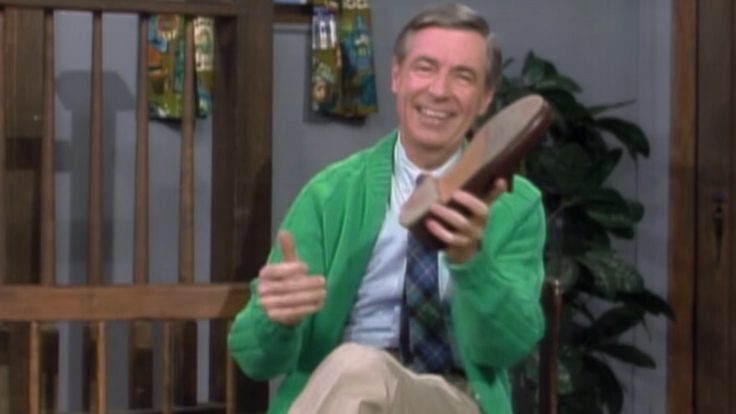 Rogers was a registered Republican and the film delicately addresses what those who knew him felt he would think about today’s political climate.  I’ll leave that for you to discover, but Rogers is a real-life hero; the type of person we should all aspire to be.  To see that on the screen and receive a reminder of who he was and what he represented is something this whole world needs, right now.