I have never watched a single second of the “Teen Titans Go!” animated series.  As a result, I wasn’t especially pumped for this theatrical adaptation/continuation of the show.  The potty-humor-centered trailer then took it one step further and not only failed to sell me on the idea, but actually made me want to avoid the film.  Nothing that I saw or heard really changed my mind before I sat down at the theater, today (though it’s gotten very strong reviews); I simply decided that I should give it a shot, if for no other reason than because I see all Marvel and DC movies at the theater and this one probably shouldn’t be an exception.

In the film, Robin – leader of the Teen Titans – is dismayed because seemingly every comic book superhero in existence is getting their own big-budget theatrical adaptation . . . except for him (we’ll ignore the fact that he was in the two Joel Schumacher Batman films, because we really need this to be the story, I guess).  The other Titans don’t seem too concerned with getting a movie but, because they care about Robin, they all set out to figure out how they can get one.  They decide that they need an arch-villain in order to lend themselves credibility and, by virtue, the notoriety required to justify their own motion picture.  Luckily for them, this is when they stumble across the evil Slade (better known as “Deathstroke” but we have to protect the kids from the word “death”) and see him as the perfect stepping stone to fame and fortune.

I wanted to like this.  I really did.  The excellent reviews gave me hope that the marketing was picking and choosing its material to appeal to kids with the expectations that the adult fans of the source material would show up, anyway.  (I know that sounds backwards, but you have to justify hope where you can find it.)  That was unfortunately not the case.  Look, I feel a little bad even criticizing the film, as it’s clearly targeted to children and has little desire to adhere to the typical filmmaking standards that would normally apply to a movie looking to be well-received by audiences of all ages, sizes, and backgrounds.  Does it even matter that the storyline has gaping holes in its logic when logic clearly isn’t even a consideration for the filmmakers and studio?

So, with that established, kids will probably enjoy it, as will adults with low standards for what they consider comedy.  For the sake of transparency, there are a few good lines and sight-gags sprinkled throughout but, though the saying is that you miss 100% of the shots you don’t take, Teen Titans takes a bunch of shots and still misses about 98% of them.  There are plenty of references for the adults that the kids won’t get, but a reference is not humor just by nature of its existence.  If you’re an easy enough mark that the very mention of a Marvel character in a DC film or the mere presence of obscure characters like Deadman and Jonah Hex can get a laugh out of you, you’ll have a good time.  But if, like me, you require at least a modicum of wit and cleverness, you’ll be wondering how 84 minutes could possibly feel so long. 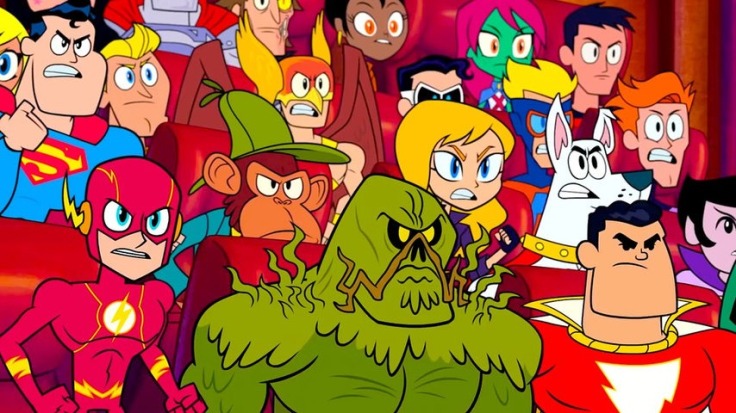 Actually, I can answer that, to an extent.  The film is preceded by a DC Super Hero Girls short starring Batgirl.  It only runs a few minutes but I enjoyed it significantly more than the feature attraction.  It still isn’t especially funny, but it isn’t painfully unfunny, either, and possesses a better understanding of timing, irony, and even the characters, themselves.  I was even more hopeful after the short that the movie was going to be as great as I’d heard and then I found myself being subjected to toilet humor and tired Martha jokes.

So, let’s forget all of that for just a minute and focus on the kids.  They’re the target audience, after all.  Yet . . . I still don’t get it.  Isn’t entertainment for children supposed to somehow give them a frame of reference for learning things about life?  If this movie is aimed at kids, what are its ultimate goals?  Robin’s primary motivation is to be recognized for being a hero, which flies directly in the face of what it actually means to be a hero.  Doing things for the sole purpose of boosting one’s ego is more in the wheelhouse of world leaders, these days, not supposed heroes.  Maybe kids will learn that it’s okay to beat up and physically assault actors if you don’t like their work, because that happens in the movie.  Or maybe the idea that ridiculing someone in public when they make an embarrassing mistake is not only okay but funny is supposed to be the final takeaway for your little rugrats.  Who knows?  It’s a tossup!  And it’s disheartening.  I would even go so far as to say that this film is an exercise in irresponsible filmmaking.  But, hey, at least they didn’t say “Deathstroke”, right? 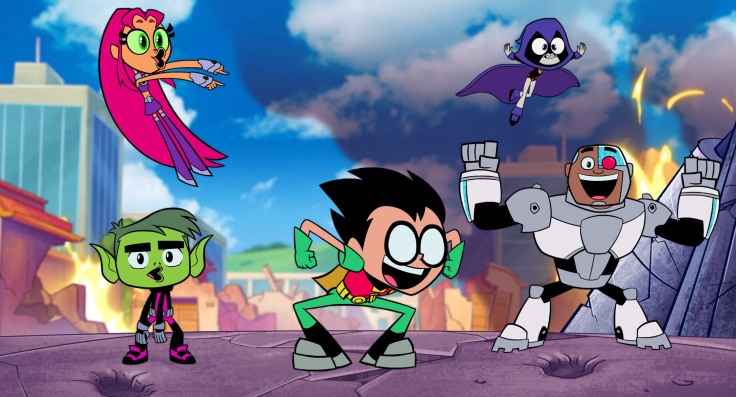 Teen Titans Go! To the Movies is a colossal creative failure on all fronts.  It’s not sophisticated enough for adults and it’s not conscientious enough for kids.  There are a few moments, here and there, but those aren’t nearly enough to buoy the film, as a whole.  At least it’s better than that atrocious trailer for the upcoming live-action serial adaptation of the property, but that’s not exactly saying much.  One of the key tenets of entertainment is to know one’s audience.  That’s where this film falters, trying to make an easy dollar without attempting to consider the artistic merits of its content . . . of which there are very few.