There are timely films and then there are films that are before their time.  Ron Howard is probably seen by most as a director who frequently makes good or very good films and occasionally makes a great one.  Most recently, a lot of people who didn’t see Solo: A Star Wars Story – and a few who did – decided they hated it.  Most who actually saw the movie found it to be rather enjoyable but, either way, Howard is escaping both credit and blame.  Instead, he continues to be remembered for films such as Splash, Apollo 13, A Beautiful Mind, and the Da Vinci Code franchise.  Frost/Nixon was the film that Howard took on between The Da Vinci Code and its first sequel Angels & Demons.  It seems to have been largely forgotten, which is surprising not only because of the parallels the narrative shares with modern American politics but also because the movie is easily one of Howard’s best.

The film chronicles the television interviews conducted by British talk show host David Frost (Michael Sheen) and American president, Richard Nixon (Frank Langella), in the wake of Nixon’s resignation from office amidst the fallout of the Watergate scandal.  Nixon agrees to the series of interviews for the money and also because he feels a talk show host can be more easily controlled and manipulated than a news journalist.  Simultaneously, Frost comes to the realization that he has not only the opportunity but the responsibility to attain the one thing from Nixon that Nixon has never given to the country he represented: a confession.  As Frost struggles with his journalistic credibility, facing constant dismissal by network after network as he approaches them regarding the airing of his upcoming interviews, he begins to wonder if he’s in over his head and if agreeing to the interviews was truly the best move of his career . . . or the last. 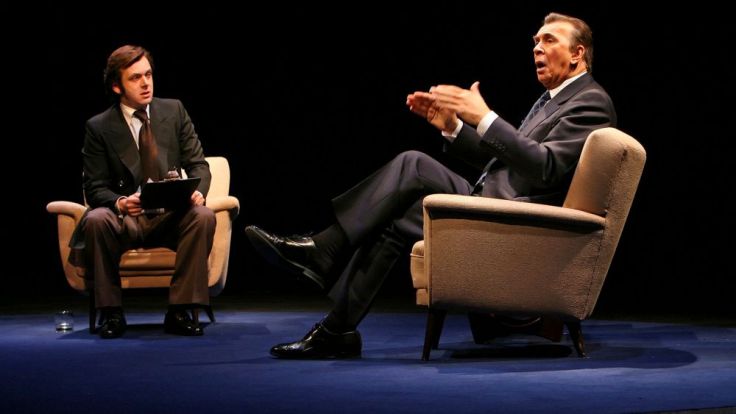 I had never watched this film until now, and what a shame.  Not only is it one of Howard’s best, but the cast is a movie-lover’s dream, including not only Sheen and Langella, but Rebecca Hall, Kevin Bacon, Toby Jones, Oliver Platt, and the always-fantastic Sam Rockwell.  Langella doesn’t go for a straight-up impersonation of Nixon.  The makeup department put some work into making sure Langella favored Nixon, but the two of them wouldn’t be mistaken for twins.  Langella’s vocal tones and inflections also avoid the types of caricatures with which we are all familiar due to the hundreds of times we’ve encountered that guy at the party doing his oh-so timely and creative Nixon impression.  Langella simply does what Langella always does: act.  And he’s brilliant.  By the end of the film, I began to think of him as Nixon and not Langella, which suggests to me that he succeeds overwhelmingly in the role.

Langella is the standout, but the rest of the cast is a joy to watch, as well.  Many of the names I listed above don’t get exorbitant screen time, limiting their impact on the overall product.  But it’s always nice to see them.  Sheen, however, does a fantastic job in portraying talk show host David Frost, who isn’t seen as a serious journalist by . . . well, anyone.  Initially, he’s fine with that and has no intentions on gaining anything from his Nixon interviews outside of more money and a higher profile.  But you can see the growth and maturity develop in Frost through Sheen’s performance and Sheen ensures that Frost is not only likeable but someone that the viewer will identify as a surrogate. 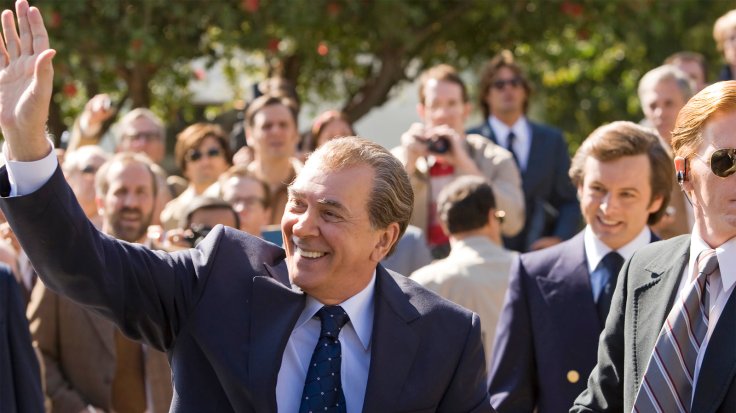 Based on Peter Morgan’s play of the same name, the film (also written by Morgan) is presented in the style of a documentary.  However, don’t get the impression that the film is what is often called a “mockumentary”  – a kitschy and cutesy buzzword that typically refers to spoof documentaries.  There’s no spoofing and there’s no mocking to be seen, here.  The film is pure, high-speed, compelling drama that hits closer to home, now, than it did in 2008 upon its original release.

It’s easy for one to forget how closely Nixon’s issues mirror those of the current administration but, had this exact movie been released within the last year or two, accusations would have been hurled that it was liberal propaganda aimed at the Trump administration.  But, of course, that’s impossible.  Therefore, the similarities are jarring if some of the more minute details of Nixon’s controversies – as well as his attempts at defending himself – have been forgotten or if they were never known by the viewer, to begin with.  In that way, the film serves as a stark reminder that there was once a time when the public’s standards for elected officials was high – or at least high enough to feel that there are lines that should not be crossed. 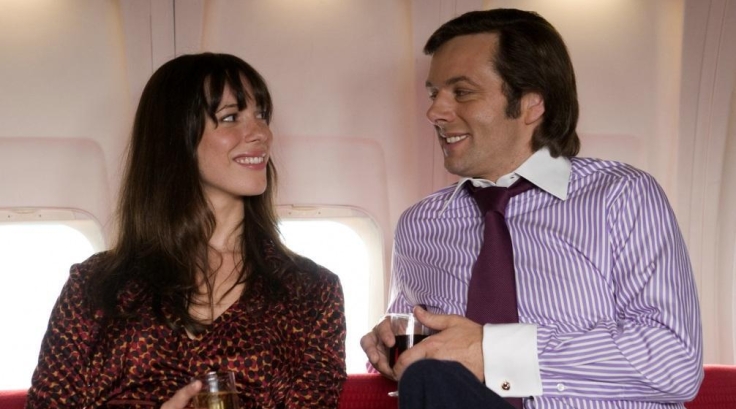 Unfortunately, Frost/Nixon is another in a long line of films that was met with a great critical reception, but largely ignored by the public.  I am not particularly interested in politics.  I keep up, but out of a sense of responsibility, only.  But I am interested in the constant struggle of good versus bad and right versus wrong.  And I love me a battle of wits.  Howard and Morgan collaborate to make a film that appears to be about politics that doesn’t feel like a film about politics.  It’s a film about a man who is believed to be less than he actually is as he confronts a man who has always been convinced that he is more.  It’s that conflict that makes the film so engrossing as Frost fights to enact a “double-turn” and switch power levels with Nixon, whereas Nixon so desperately desires to maintain the status quo – at least as much as he can by that point.  So, really, Frost/Nixon isn’t about politics, it’s about truth – both external and internal.  It may or may not be Howard’s best film, but it’s definitely in the conversation.  If you’ve never seen it, I dare you to give it a shot.  You might be surprised.