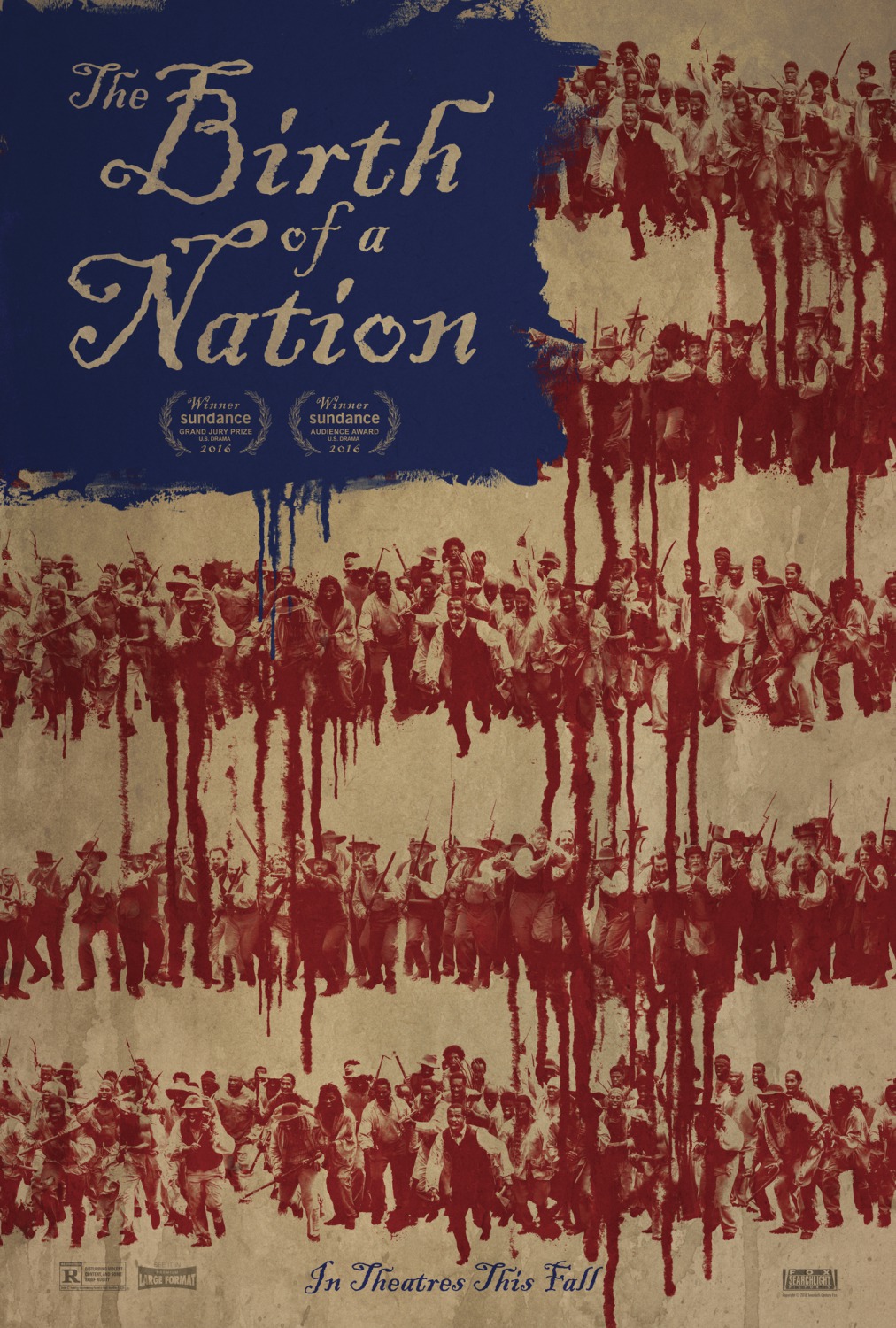 There’s so much historical significance and modern controversy surrounding The Birth of a Nation that I don’t even know where to begin my introduction.  Let’s start with the title, which is purposefully the same title of D.W. Griffith’s 1915 silent film centered around the Civil War and the postwar Reconstruction era.  That film is widely recognized as the beginning of modern filmmaking – essentially the first feature-length film in history.  There is no questioning its place and value in film history.

The problem is with its content, which portrays blacks negatively and the Ku Klux Klan as the protagonists.  It’s basically the last movie anyone of any decency would have wanted to have kicked off the film industry.  To make things even more complex, that film is generally accepted among film historians as being a great film, even if it says some awful things.  It can be tough for many to separate the technical and filmmaking qualities from those of the content (and understandably so) but the fact remains that the 1915 movie led to everything we see in film, today, regardless of the propaganda and fear-mongering for which it was also responsible.

Nate Parker has now come along and written, directed, and starred in this 2016 film The Birth of a Nation.  This film is not a remake or retelling of the film from 101 years ago but is instead the story of Nat Turner and his 1831 slave revolt in Virginia.  Parker appropriated the title of Griffith’s film in order to repurpose it into being associated with a more progressive and positive message.

And that leads us to Parker, who has some serious skeletons in his own closet which has been the subject of much discussion, recently.  How this will affect the box office take and Oscar chances for The Birth of a Nation will become clear over time but it’s certainly another wrinkle added to a very layered tapestry of controversy surrounding only the existence of the film, and not even the quality of the film, itself.  Well, I’m going to consider that quality and put the circumstances surrounding Parker out of my mind.  That’s not what this column is about and that’s not what I do here unless it bears directly upon the film of which I’m speaking.

I think it goes without saying that The Birth of a Nation is a heavy film, but it’s also an important one.  There have been many films that focus on slavery and the Civil War, but this one happens during a different time period than most of the others and tells a different kind of story.  It’s much less political than many of the other films and much more personal.  There are no politicians, here.  No treaties.  No courtrooms.  This is Nat Turner’s story.  It’s told from his perspective; we see what he sees, we hear what he hears, and we feel what he feels.  It’s a difficult watch, at times, but it should be.  This isn’t popcorn entertainment; it’s meaningful cinema.

If one thing is perfectly clear it’s that Nate Parker is a talented man.  His writing, acting, and directing are all top notch and it’s obvious that the film means a lot to him.  Something that stands out to me is the opening scene of the film.  I won’t go into details, but this scene provides the Propulsive Event that I have mentioned, before, that every films needs in order to provide the audience with an unresolved thread that the film can build towards.  It doesn’t have to happen in the very first scene of a film but, without this scene, an alternate Propulsive Event wouldn’t have occurred until about 75% of the way through the film, and that would have been much too late.  Parker recognizes this and intelligently inserts the opening scene.

There are apparently some liberties taken with certain details in the film but, frankly, anyone who doesn’t know by now that that’s how movies work can only blame themselves.  The film is simply a powerful piece of work that is sadly relevant today in more ways than one.  Blacks continue to have their struggles, of course, but during the closing text cards of the film, I was actually thinking about other groups of people, as well, that today find themselves enduring events almost exactly like those being described on-screen as the film ends.

As I said, there is much controversy surrounding both this film and its primary filmmaker.  Some of it is legitimate.  Some of it is people trying to get themselves over.  But, looking at the film objectively, it’s hard to find much fault in it (it has trouble wrapping up, but that’s about all I have).  It tells a story that people should be aware of and it does so in an unapologetic fashion.  There’s no sugarcoating.  But there’s also a hint of hope embedded in the darkness.  Parker recognizes that good comes from within and no one in any situation can be forced to abandon their values or themselves.  And if enough of those people band together, then real change can happen.

The Birth of a Nation isn’t a film that most people are going to want to buy on blu-ray and use to ring in a relaxing weekend.  But it’s a quality piece of work that is worth seeing if one chooses to.  Divisiveness aside, a great film is a great film.  But I’m still curious to see what kind of footprint it ends up leaving and if it can overcome the stigma of its filmmaker.