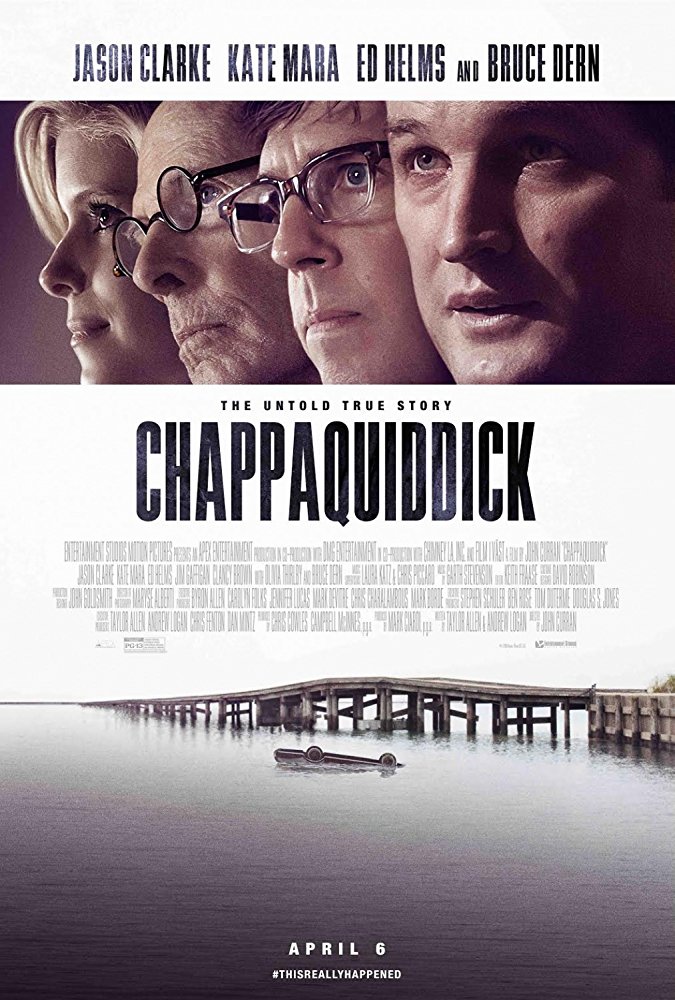 Politically-themed movies can be a mixed bag.  It can often be difficult for them to reach a mainstream audience who may be more interested in escaping politics than in paying money for entertainment that centers around them.  From director John Curran (The Painted Veil) comes Chappaquiddick, a recounting of the true story in which senator Ted Kennedy (Jason Clarke) finds himself responsible for a car crash at Martha’s Vineyard that claims the life of campaign strategist Mary Jo Kopechne (Kate Mara).

This film is unique within the genre of political thrillers because, while it’s about politicians, it’s not about the politics, themselves.  The marketing department truly went out of their way to position this film as something different within the subgenre, focusing on hashtags such as #THISREALLYHAPPENED and emphasizing the “untold” nature of the story.  As someone who keeps up with politics out of a sense of responsibility and not enjoyment, I can say that the film never gets bogged down in bureaucratic quicksand and instead focuses on a man who is forced to decide between doing what some are telling him is right and what others are telling him is best.

From the beginning of the film, Ted Kennedy feels pulled in multiple directions, unsure of his place in the world and in his family.  As the sole surviving Kennedy son, an enormous weight is on his shoulders and he is very aware of his reputation as the “screw-up” of the Kennedys.  He feels responsible for carrying forth the legacy of his family but he also isn’t as attached to the world of politics as his kin.  That internal struggle becomes infinitely more palpable when Kennedy inadvertently causes the death of Kopechne and must immediately decide who he wants to be and what is more important: his integrity or his legacy.

Jason Clarke has become a severely underrated and underappreciated performer, with this film being his second noteworthy performance of 2018 alone (after almost singlehandedly salvaging Winchester into something watchable).  As any true professional would do in his situation, he acts rather than impersonates.  He doesn’t go too heavy on the accent and really conveys Kennedy’s struggle.  Hopefully, Clarke will begin to receive increased recognition as he continues to assume more high-profile roles. 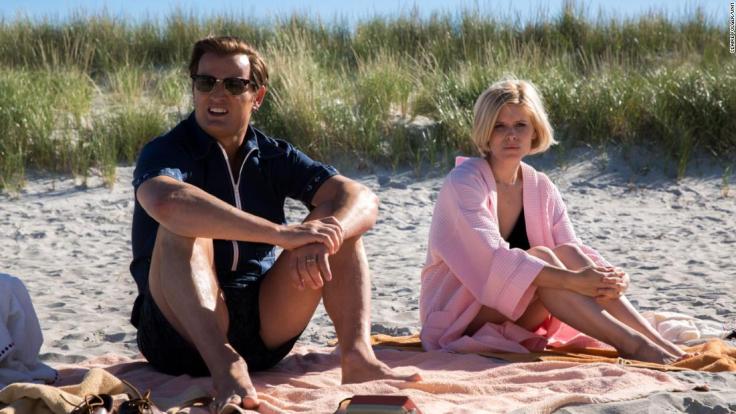 Not to be outdone, Clarke’s supporting cast also hold up their end of the bargain.  Mara has become a reliable go-to for strong support and, like Clarke, hopefully her breakout role will come soon.  (It was supposed to be as Susan Storm in 2015’s Fantastic Four but we all know how that turned out.  That #ThrowbackThursday column can be found here.)  I also want to specifically call attention to both Ed Helms and Jim Gaffigan, who are both extremely popular and successful comedians/comedic actors.  There isn’t a single joke to be found in this entire film, yet both of these actors hold their own to a degree that anyone not familiar with their previous work would be none the wiser.  It’s great to see them both be willing and able to step outside of their comfort zones and demonstrate some versatility.

As the film progresses, Curran does a fine job in directing the attention to the suits surrounding Kennedy who are simply doing the bidding of Ted’s father, Joe Kennedy, Sr. (Bruce Dern), who wishes to hide the truth behind the incident to the greatest possible degree and maintain what he sees as respectability for his family in the eyes of the public.  These men – lawyers, public relations specialists, and such – will do anything to protect Kennedy from assuming any guilt or responsibility for the accident.  They have no concern regarding whether what they’re doing is right or wrong.  All that matters to them is the wish of a dishonest man who cuts their checks.

On the flip side is Helms’s Joseph Gargan and Gaffigan’s Paul Markham, both of whom insist that the truth is more important than anything.  The internal battle that wages within Kennedy is readily apparent through Clarke’s performance, as he wants to do the right thing, but allows his definition of what’s “right” to be reframed on a whim by anyone whispering in his ear.  Kennedy seemingly has no convictions of his own, which results in a genuine feeling of suspense when Kennedy sits down to tell his story to the public.  Will he own up to the truth or tell a padded version of the events so that his future is more readily protected?  Even if the viewer is aware of what’s about to happen, Curran’s editing and Clarke’s performance throw it all into doubt in a sequence that is especially well-done.

Chappaquiddick is ultimately a story about, as I said at the outset of this post, a man who is trying to choose between integrity and legacy but isn’t mature or informed enough to understand that he can have both.  So, even if that’s the choice he tells himself he’s making, his true choice is one of selfishness versus selflessness.  Buoyed by several strong performances, Curran crafts a solid film that’s one part thriller and one part morality play.  It’s not impactful enough to end up on many year-end Best-of lists, but it’s a compelling little film that’s worthy of the time for someone who wants a sophisticated, grown-up movie right before summer blockbuster season hits in full force.